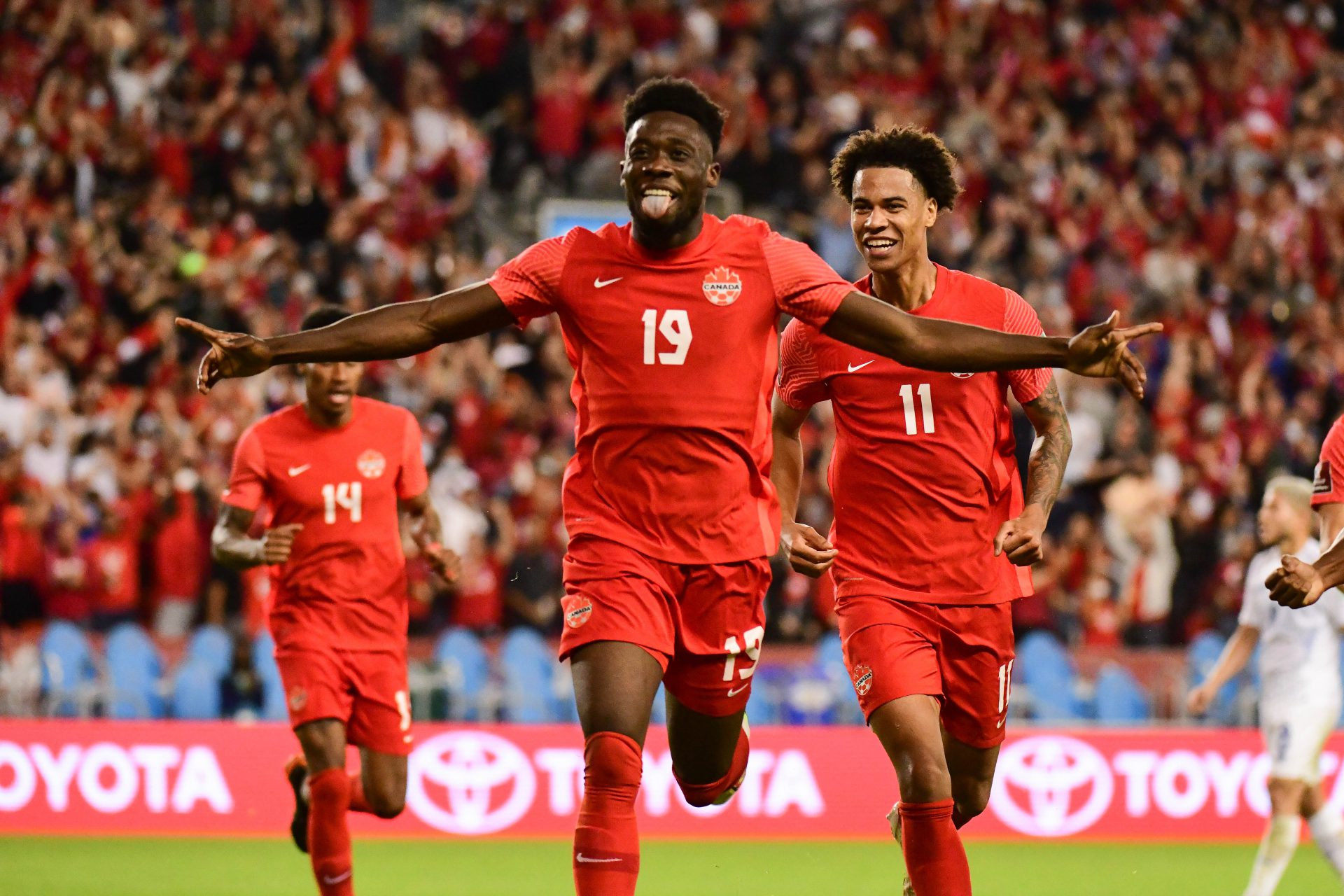 Canada Soccer’s Men’s National Team remain undefeated in the Final Round of FIFA World Cup Qatar 2022™ Qualifiers and earned three vital points at home defeating Panama 4:1 at BMO Field. Alphonso Davies (66’), Tajon Buchanan (72’), and Jonathan David (78’) scored second-half goals for Canada who fell behind on a Roland Blackburn (6’) goal in the first half, but went into halftime at 1:1 after an own goal (29’).

“I have to say a massive thank you to all the nearly twenty-seven thousand, the fans were brilliant, what a great night,” said Head Coach John Herdman. “The quality was there, we dominated after the goal, we got what we deserved. We know we can score against any team.  We know we can come back and what you saw tonight is everything, the heart, the spirit, the talent. It’s a proud night for our country.”

“It’s a lot of fun being a defender in this program. I’m just as big a fan out there as everyone else in this stadium. It’s just really fun to watch those guys up top do their work, do their magic,” said Johnston after the match. “What a performance in Toronto coming out, giving us the energy. We went down early but they were behind us the whole way. What a special night.”

Panama took an early 0:1 lead in the match with a quick break down the right wing. A pass was cut back to Rolando Blackburn before the Canadian defenders could reorganize, and he put the shot past Maxime Crepeau with his first touch (6’).

Canada had a great chance to pull level just two minutes later. Alphonso Davies played a ball in to Jonathan David who found himself in behind the Panama defence. David cut a pass back to David Wotherspoon instead of shooting, and Wotherspoon’s shot was blocked by a defender (8’).

In the 16’, Davies beat two players before playing another great ball into David, whose shot was saved by the diving Panamanian keeper Luis Mejia.

In the 23’, Davies again was able to beat multiple defenders along the top of the box before shooting from distance, but his shot was parried away by Mejia.

In the 28’, an in-swinging corner from Davies forced the keeper into making a save and pushing the ball over the crossbar. On the resulting corner, again taken by Davies, went off the head of Panama’s Michael Murillo and into the far post, tying the match up at 1:1 (29’).

In the 36’, Stephen Eustaquio played a beautiful ball over the top to Wotherspoon, but the shot soared over the goal.

Just one minute later, Panama’s keeper was just able to beat Davies in a footrace to a loose pass back to prevent a breakaway.

The sides were tied 1:1 at halftime.

Canada came out with continued pressure in the second half. In the 49’, Wotherspoon was played in wide on the wing, cut back inside and took a shot that sailed just inches wide of the far post.

In the 50’, Tajon Buchanan played a ball in over the top to find David who tried to take the shot first time on the bounce but the keeper got just enough of a touch on it to prevent a clean shot.

Canada took a 2:1 lead with just under 30 minutes remaining thanks to a phenomenal individual effort by Davies, who sprinted close to 80 yards down the sideline to be able to just keep the ball in play and past the Panamanian defender. He continued the run into the Panama box on a two-on-one break, cutting back inside against the lone defender and sliding his shot into the net (66’).

In the 69’, Buchanan was played in behind by Mark-Anthony Kaye but a Panamanian player was just able to get back in time to block the shot.

Canada doubled the lead when Richie Laryea played a cross in to the back post that found the head of Buchanan who made no mistake with the header, making it 3:1 (72’).

David scored a fourth goal for Canada in the 78’. Davies floated in a cross that dropped nicely for David, who hit his shot first-time back across the keeper to seal the victory.

Panama nearly got one back in the 85’ during a hectic moment in the Canadian penalty area. Crepeau made a great save and then the Panama attacker was ruled offside before he could put in the rebound.

In the 88’, Charles-Andreas Brym played in a low ball across the box, but Jacob Shaffelburg and Kaye were both unable to get to it in time to touch it into the net.

Canada’s starting XI featured Maxime Crépeau in goal, Alistair Johnston at right back, Steven Vitória at centre back, Kamal Miller at left back, and Stephen Eustáquio, David Wotherspoon, Jonathan Osorio, Tajon Buchanan, Richie Laryea, Alphonso Davies, and Jonathan David from the midfield up through to the attack. In the second half, coach John Herdman replaced Wotherspoon with Samuel Adekugbe (64’), Osorio with Mark-Anthony Kaye (64’), Eustáquio for Samuel Piette (81’), Davies for Jacob Shaffelburg (81’), and David for Charles-Andreas Brym (81’). Crépeau, Shaffelburg and Brym were all playing their first international “A” match for Canada in Canada.

Canada has built plenty of momentum in a landmark year for the Men’s National Team Program that will feature a record 19 international matches including FIFA World Cup Qualifiers and the Concacaf Gold Cup. Through 10 October, Canada have played 16 of those matches with a 10-4-2 record, eight clean sheets and a record 48 goals scored. Canada also set a record with eight consecutive wins and reached the Concacaf Gold Cup Semifinals for the first time since 2007.