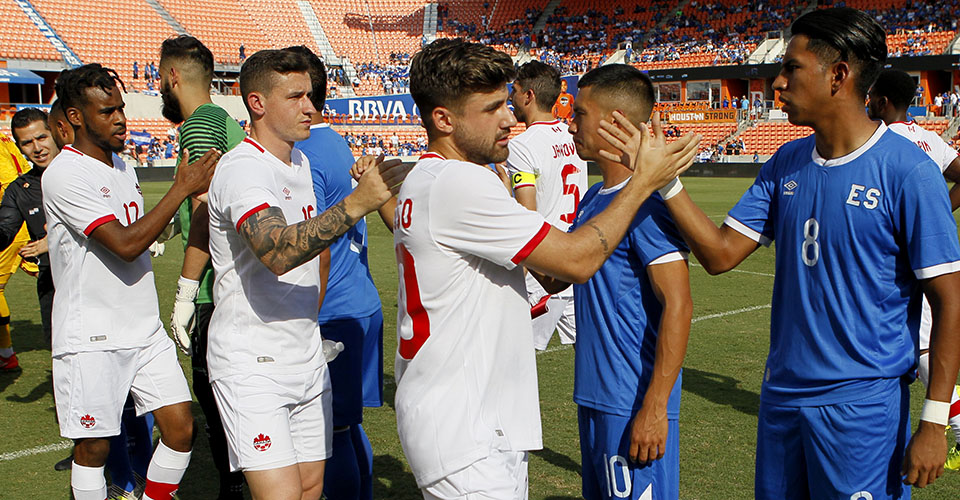 Canada fell 0:1 away to El Salvador in a Men’s International Friendly match played in front of a partisan crowd in Houston, TX, USA. Canada had their best chance at the start of the second half, but El Salvador scored the lone marker in the 75th minute on a strike by Portuguese-based attacking midfielder Denis Pineda.

The two CONCACAF rivals, both quarter-finalists at the 2017 CONCACAF Gold Cup, played the match at BBVA Compass Stadium with a portion of the net proceeds to be donated to Hurricane Harvey relief efforts in the Houston area. The October match is expected to be Canada’s last of the 2017 calendar year.

Through nine matches this year, Canada have a 2017 international record of four wins, three draws, and two losses. Coming out of a positive CONCACAF Gold Cup, Canada have posted a win and a loss as they look ahead to the next cycle of FIFA World Cup Qualifiers.

“We don’t feel good anytime we don’t win, but sometimes you have to swallow a bitter pill and take away some good evaluations,” said Octavio Zambrano. “We drew some conclusions there, but we need to continue to evaluate our squad and our program.”

“On another day, I think we could have taken the win there,” said midfielder Scott Arfield. “There are positives to take away from the chances we created. We want to get the winning mentality consistently heading towards the next CONCACAF Gold Cup and FIFA World Cup Qualifiers, but it wasn’t to be today.”

CANADA #CANWNT v USA in NOVEMBER
Canada’s Women’s National Soccer Team returns to Vancouver to face defending FIFA Women’s World Cup champions and world number one ranked USA at BC Place on November 9th. Be part of the action as one of the fiercest rivalries in all of women’s sports is renewed, tickets to the match start as low $20 (plus applicable fees) and are available via Ticketmaster.ca by phone at 1.855.985.5000 and in person at the BC Place Box Office. The 9 November match kicks off at 19.00 PT with complete ticket and event details at canadasoccer.com/tickets.