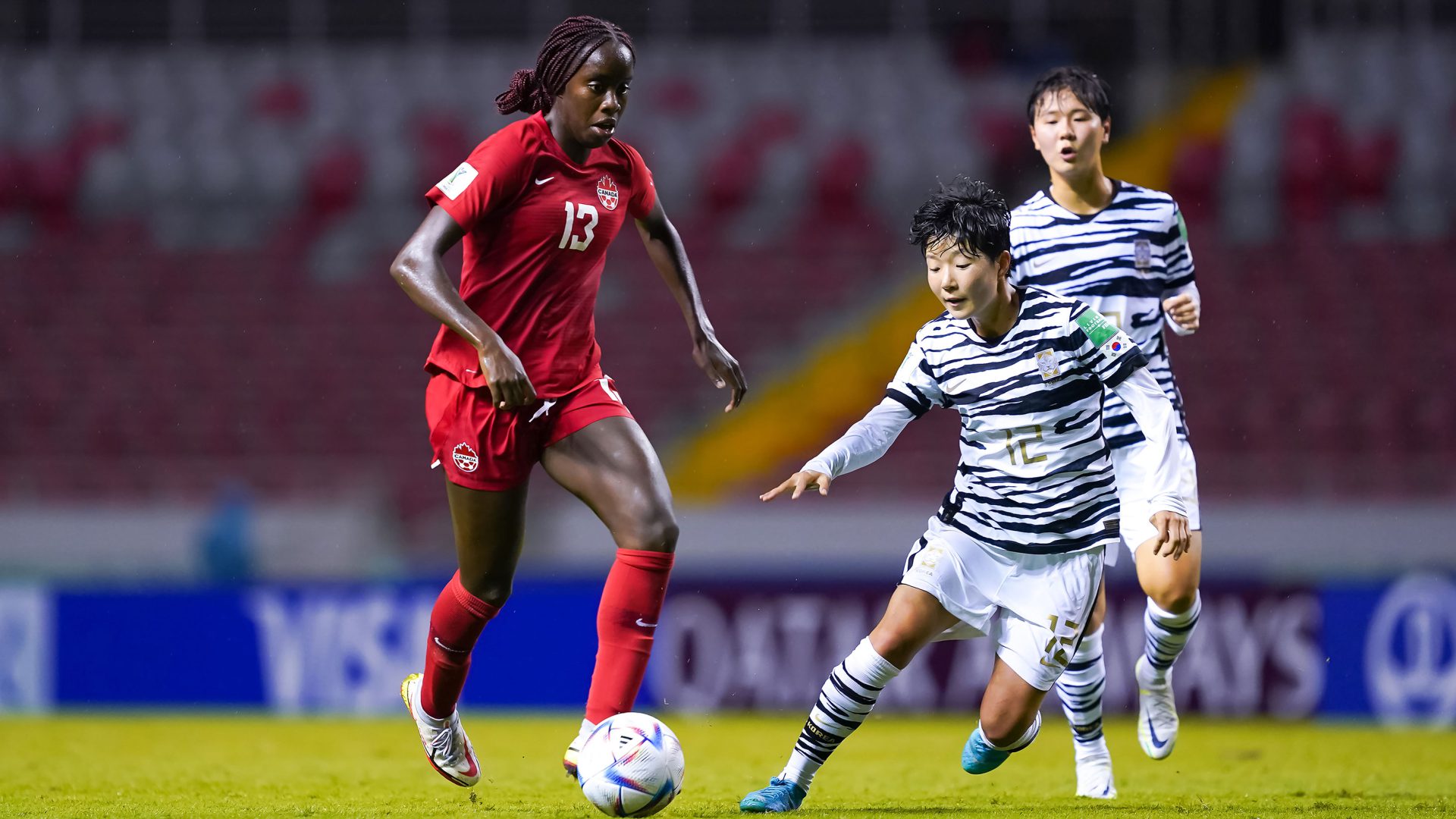 Canada fall 0:2 to Korea Republic in opener at the FIFA U-20 Women’s World Cup Costa Rica 2022

Canada lost 0:2 to Korea Republic in their opening match at the FIFA U-20 Women’s World Cup Costa Rica 2022. Canada played a strong defensive match, but were unable to capitalize on their scoring chances. Both Korea Republic goals were scored in the second half from set plays.

Canada conceded an unfortunate own goal from a corner kick in the 53rd minute and then Korea doubled their lead on a Mun Hayeon header from a Bae Yebin corner kick.

“We are in a tough group and the kids grew into the game after they got settled, but goals from two set plays did us in,” said Cindy Tye, Canada Soccer’s Women’s U-20 National Team Coach. “We had some opportunities to score, so we need to finish those chances in the next games.”

Canada have been drawn into Group C for the FIFA U-20 Women’s World Cup Costa Rica 2022 and will face France on Sunday 14 August, and Nigeria on Wednesday 17 August. All of Canada’s matches will be broadcast live on TSN and RDS. Beyond the group phase, the Quarter-Finals are 20 and 21 August, the Semi-Finals are 25 August, and both the Match for Third Place and Final. Fans will find extended coverage for the Canadian Championship across Canada Soccer’s digital channels on Facebook, Instagram, Twitter, and YouTube featuring the hashtag #canw20.

CANADA SOCCER’S WOMEN’S NATIONAL TEAM
Canada are Olympic champions (Tokyo in 2021), two-time bronze medal winners (2012 and 2016), and two-time Concacaf champions (1998 and 2010). In all, Canada have participated in seven consecutive editions of the FIFA Women’s World Cup™ (1995 to 2019) and four consecutive editions of the Women’s Olympic Football Tournament (2008 to 2021). At Tokyo 2020, Canada Soccer’s Women’s National Team became the first Canadian team to win three consecutive medals at the Summer Olympic Games and just the third nation in the world to win three medals in women’s soccer.