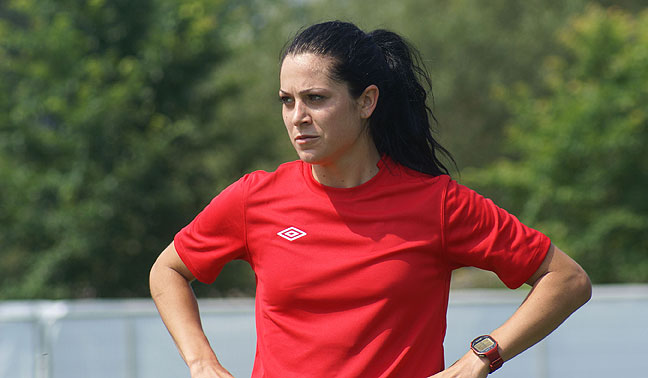 Canada will face France in the London 2012 Women’s Olympic Football Tournament bronze medal match this Thursday 9 August. The two teams will meet at the City of Coventry Stadium at 13.00 local, with the winner then heading down to Wembley Stadium in London to watch the gold-medal match between Japan and USA.

“The girls will be ready to go,” said Canadian head coach John Herdman. “We’ve shown them a little clip from the Prime Minister as well as some messages from some Canadian sporting heroes. The girls know they have touched a bit of the country.”

After advancing beyond the group phase, Canada won its quarter-final match 2:0 over host Great Britain in front of a partisan crowd at the City of Coventry Stadium on 3 August. The team then traveled to Manchester where it battled USA in a memorable 3:4 a.e.t. semi-final clash at Old Trafford Stadium. The team is now back in Coventry where it hopes to receive the support of the “local” crowd – this will be Canada’s fourth match in Coventry since the start of the London 2012 Olympics.