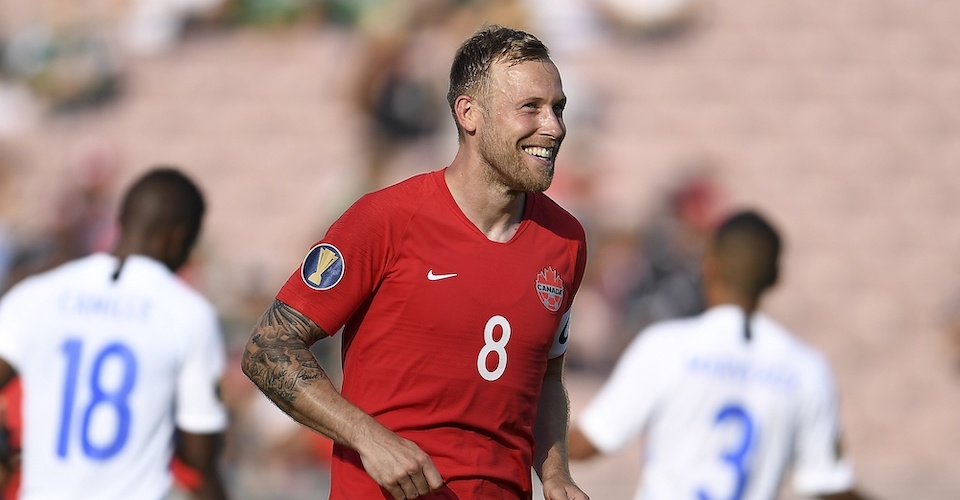 Canada’s Men’s National Team will play Cuba in the Group stage finale at the 2019 Concacaf Gold Cup on Sunday 23 June at Bank of America Stadium in Charlotte, North Carolina. Canada comes into the match in second place in Group A with three points and a +2 goals difference, knowing that a victory on Sunday would put them in strong position to advance to the knockout stage of the competition.

The Canada-Cuba match will kick off at 18.00 ET / 15.00 PT and be broadcast live on TSN1, TSN2 & RDS. The match also provides a preview of the Concacaf Nations League A matchup in Toronto on 7 September. In addition to the national broadcast, extended match day coverage will be featured across Canada Soccer’s digital channels including Twitter, Instagram and Facebook. Fans are encouraged to follow Canada Soccer’s Men’s National Team every step of the way by using #CANMNT.

“We’ve been preparing for this game from the start of the tournament to make sure that there is a group of players that will be fresh and ready for this challenge,” said John Herdman, Head Coach and National EXCEL Director. “We are playing against a team that will be playing for pride and who will make it very difficult for us to get a result. We’ve got a group that are fresh physically and mentally and who are hungry to take Canada to the Quarter-finals and that is the business we need to take care of.”

Canada are coming off a hard-fought 3:1 defeat to Mexico in their second group stage match played at altitude in Denver, Colorado on 19 June. The Canada squad opened the competition in convincing fashion with a 4:0 win over Martinique setting a new mark for Canada’s largest margin of victory at the Concacaf Gold Cup and the four goals scored matching its previous high at the competition.

Mexico lead Group A with six points and +9 goals difference with Canada in second followed by Martinique in third with three points following their 3:0 win over Cuba and a -1 goals difference. Cuba are in the fourth position in Group A.

From 16 nations divided into four groups, the top two nations from each group will advance to the 2019 Quarter-finals which will be hosted on 29 & 30 June in Houston and Philadelphia. The Concacaf Gold Cup continues with the Semi-finals on 2 July in Glendale and 3 July in Nashville followed by the Final on 7 July in Chicago.

Canada has faced Cuba 11 times, earning a record of six wins, two losses, and three draws. This match will serve as a preview of the Concacaf Nations League A match recently announced for 7 September at BMO Field in Toronto. Canada most recently faced Cuba during 2014 FIFA World Cup Qualifying, winning 3:0 at Toronto’s BMO Field in October 2012 and 1:0 away to Cuba in June of that same year.

The most recent meeting between the two nations at the Concacaf Gold Cup came in 2005, with Canada 2:1 winners at Gillette Stadium in Foxborough, Massachusetts.

“Going into the Cuba match, we have to be focused and concentrated from the first minute to ensure we get the result that we need to advance to the Quarter-finals, said Samuel Piette. “We want to put in a positive performance which will give us confidence moving forward in the competition. For me, one of the greatest strengths of this team is our depth, it’s the strongest since I’ve been part of the Men’s National Team Program.”

Following the Concacaf Gold Cup, Canada will participate in the first-ever edition of Concacaf Nations League A this Fall having been drawn into a Group with southern neighbours USA and Cuba. Canada will host Cuba on Saturday 7 September and USA on Tuesday 15 October with both matches to be played at Toronto’s BMO Field. Canada’s away matches in the four-match group stage will be played against Cuba on 10 September and USA on 15 November. The first-place nation from the group will advance to the Concacaf Nations League Finals.

TOGETHER WE RISE: https://www.canadasoccer.com/together-we-rise-p162202
Two teams, one badge, standing shoulder to shoulder.