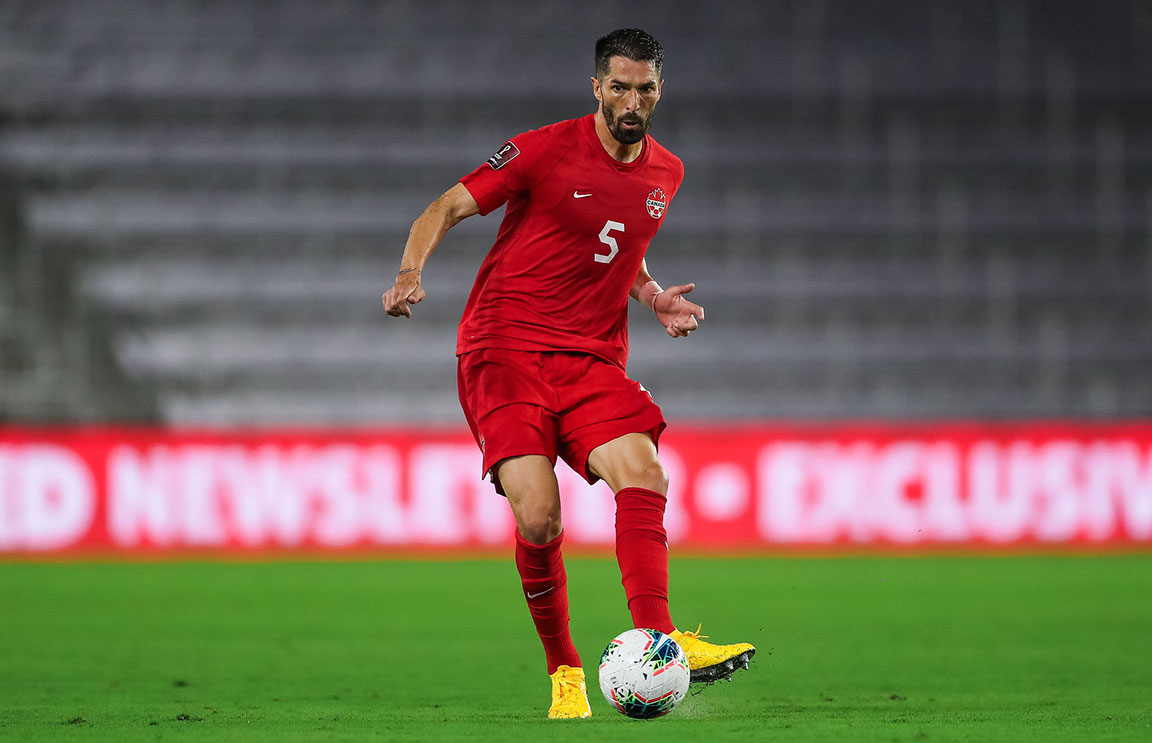 Canada Soccer’s Men’s National Team hope to pick up where they left off with another strong performance in FIFA World Cup™ Qualifiers when the Concacaf First Round continues on Saturday in Bradenton, Florida. After back-to-back wins in March, Canada come into the June window with confidence and anticipation as they prepare to face Aruba in their third of four matches in Concacaf Group B.

Canada’s international matches in FIFA World Cup Qatar 2022™ Qualifiers will all be broadcast live on OneSoccer with the Saturday Aruba-Canada match scheduled to kick off at 20.00 ET / 17.00 PT and the Tuesday Canada-Suriname match scheduled for 21.00 ET / 18.00 PT (20.00 local in Bridgeview, Illinois). Canada’s home match on 8 June at SeatGeek Stadium will be played in a closed-door environment. Fans will find extended coverage across Canada Soccer’s digital channels on Twitter, Instagram, Facebook and YouTube featuring the hashtag #CANMNT.

Only the group winner will advance beyond the First Round of FIFA World Cup Qatar 2022™ Qualifiers, with the Group B winner to face the Group E winner in a Second Round, a head-to-head series on 12 and 15 June that will start in either Belize, Haiti or Nicaragua. The winner from that Second Round then advances to the Concacaf Final Round of eight nations scheduled to begin in the Fall of 2021.

“It’s great to be back together and continue to build on our momentum as every match counts on the road to Qatar 2022,” said John Herdman, Canada Soccer’s Men’s National Team Head Coach. “We have an opportunity to build on our solid start, after we put ourselves in a good position with goals difference in the first two matches so that we can control our destiny in the matches to come.”

“Our main focus is ourselves and what we are capable of achieving,” said veteran Steven Vitória, a Canada Soccer’s Men’s National Team centre back. “It is one step at a time and our focus is Aruba, so during those 90 minutes we want to be at our best. We respect our opponent and we can’t take a moment for granted, so we have to push ourselves and push our limits.”

Canada opened their Group B schedule with back-to-back wins in March, starting with the 5:1 victory over Bermuda on 25 March and then the record-setting 11:0 win over Cayman Islands on 29 March. As each Group B nation faces each other only once, goals difference could be the deciding statistic that qualifies a nation for the next round. Canada and Suriname are currently the top-two teams in Group B with perfect six points from their two wins in March, with Canada on +15 goals difference compared to Suriname on +9 goals difference. Bermuda are next with three points (+1 goals) while Aruba and Cayman Islands were both eliminated after back-to-back losses in March. Suriname, who have drawn on new Dutch-born recruits from leagues in Europe, will face Bermuda on 4 June in a home match in Paramaribo, Suriname.

In all, 30 Concacaf nations are competing in this first round with six group winners advancing to a second round of head-to-head knockout matches. FIFA have established Canada’s pathway for the FIFA World Cup Qatar 2022™ Qualifiers beginning with an initial round of four matches against Group B opponents Aruba, Bermuda, Cayman Islands and Suriname.

It will be an exciting yet busy summer of soccer for Canada Soccer’s Men’s National Team Program in 2021. On the heels of FIFA World Cup Qatar 2022™ Qualifiers in June, Canada will participate in the 30th anniversary edition of the Concacaf Gold Cup, with their Group B matches scheduled in Kansas City on 11 July against Martinique, 15 July against a yet-to-be-determined Caribbean nation from the preliminary round, and 18 July against USA. The top-two nations from Group B advance to the final round with the Quarterfinals on 24 July, the Semifinals on 29 July, and the Final on 1 August.

Concacaf have established Canada’s pathway for FIFA World Cup Qatar 2022™ Qualifiers beginning with a First Round being played amongst the Concacaf Member Associations ranked 6-35 based on the FIFA Men’s Ranking as of 16 July 2020. From the first round of FIFA World Cup Qatar 2022™ Qualifiers, the Group B winner will face the Group E winner in a second-round, head-to-head series. The winner from that second round then advances to the Concacaf Final Round of eight nations in which each nation will play each opponent twice (once at home and once on the road).