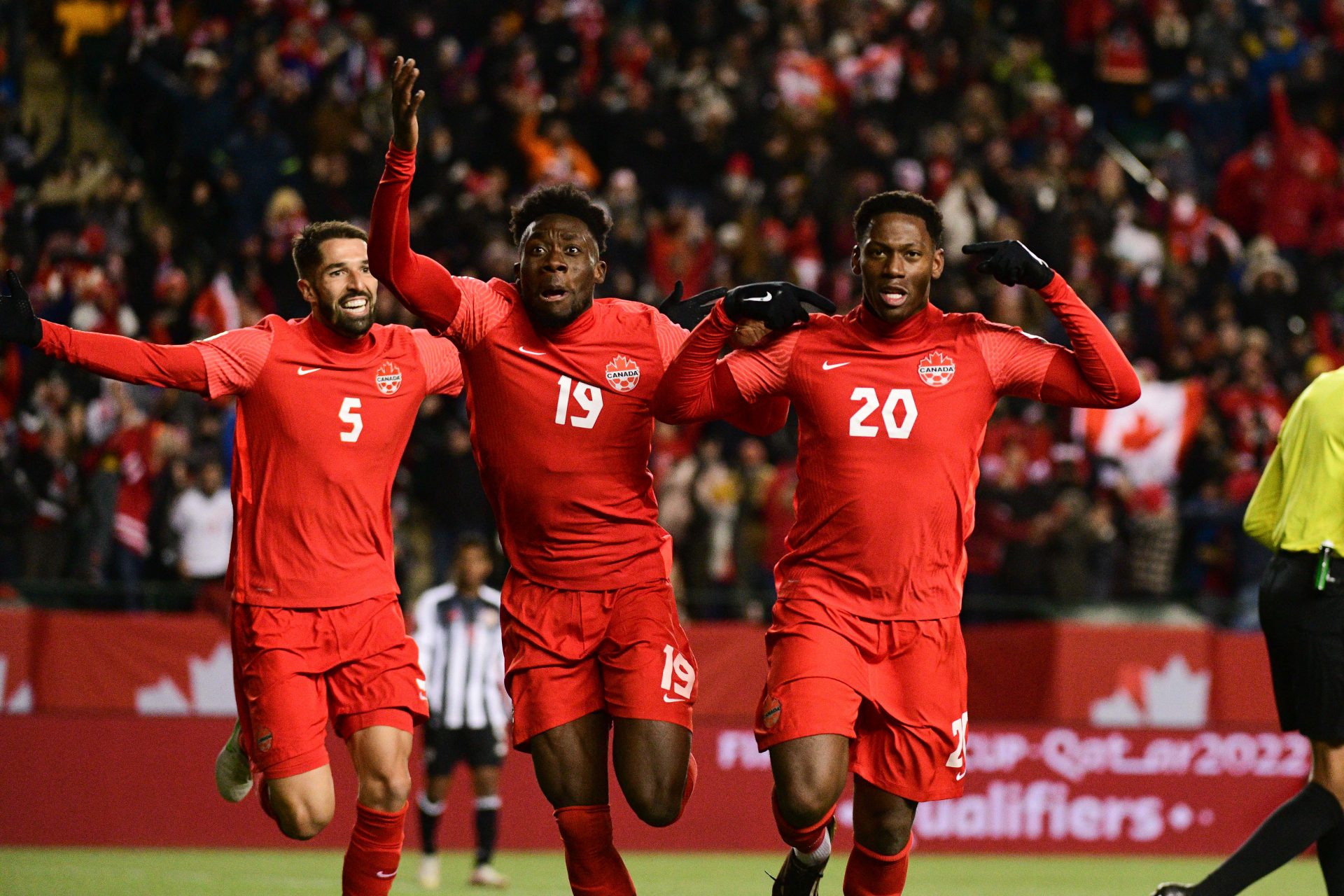 Canada earns crucial three points at home with 1:0 victory over Costa Rica in front of 48,806 in Edmonton

“The first thing is to say a massive thank you to the Edmonton fans. The people who traveled from all over the country. People are traveling to see this team and the atmosphere was electric,” said Head Coach John Herdman. “The fans were with us all the time and I really feel, and this team feels that Edmonton is behind us. We’ve got a great opportunity on Tuesday night.”

With the victory Canada is the only undefeated team remaining and sits in the third direct-entry position in FIFA World Cup Qatar 2022 Qualifying with 13 points, one point behind both Mexico and the United States tied in first place with 14 points. The 48,806 attendance was the third-highest attended Men’s National Team match in history.

“We know we have a tough game coming on Tuesday against Mexico and ultimately, we’re one point off the lead and it’s time to move on and focus on the next match,” said Player of the Match Samuel Adekugbe. “The crowd tonight was electric. We were so thankful, it was loud it was electric and ultimately the fans got us over the line, we couldn’t be more happy.”

In the 15’ Liam Millar’s burst of pace allowed him to create the space he needed to play a pass into the box and into the path of Alphonso Davies. Davies’ shot was blocked by a defender. The resulting corner, taken by Stephen Eustaquio, was headed up by a Costa Rican player and ended up hitting the crossbar before going out of play.

In the 30’, Jose Ortiz was able to turn and get a shot away but Milan Borjan could comfortably watch it as it went wide of his goal.

Costa Rica’s best chance of the match came in the 36’ minute with a volleyed effort from distance that was dipping and swerving but Borjan was equal to it and was able to hold on to prevent any rebound.

Canada started to push forward and create more opportunities early in the second half.

In the 52’, Davies’ in-swinging corner forced the Costa Rican keeper into a save to stop the cross from going directly in.

In the 54’, Mark-Anthony Kaye headed the ball into the penalty area. Tajon Buchanan lined it up and went for the overhead bicycle kick, which he hit cleanly but the shot smashed off the crossbar.

Canada was finally able to break the deadlock in the 58’. Eustaquio played a cross into a dangerous and congested area in the box and the keeper came to claim it but couldn’t hold on. The ball spilled out and Jonathan David was in the right place to pounce on it, and side foot a shot through the crowd and into the net.

In the 61’, a corner kick from Eustaquio found Steven Vitoria but the attempt was saved on the goal line by the Costa Rica goalie.

In the 79’, a long-range free kick from Davies tested the goalie who made a great save to prevent Canada from doubling the lead.

Ike Ugbo made his Canada Men’s National Team debut, entering the match in the 83’.

In the 89’, it was Sam Adekugbe with some fancy footwork to find his way past two opposing players and then finding Atiba Hutchinson, who then moved the ball quickly to Cyle Larin. Larin tried to cut the ball back to Ugbo who would have had a chance at the wide-open net, but the pass was blocked.

In the 90+4’, Ugbo controlled a bouncing ball brilliantly and was able to get a great shot away from the top of the box, but it went about a yard wide of the net.