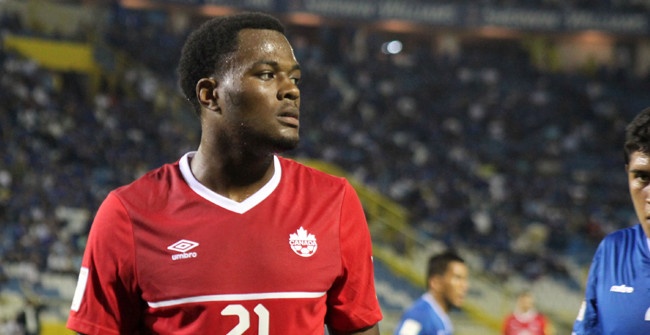 Canada earned an away point in 2018 FIFA World Cup Qualifiers against El Salvador on Match Day 2 of the CONCACAF semi-final round.

Canada earned an away point in 2018 FIFA World Cup Qualifiers against El Salvador on Match Day 2 of the CONCACAF semi-final round. The scoreless draw was played at Estadio Cuscatlán in San Salvador on Tuesday night.

Canada is in second place in Group A with four points after two matches. Mexico leads the group (6 points) while El Salvador (one point) and Honduras (no points) are in third and fourth place.

“It was a good result and a good performance‎,” said Canada’s Men’s National Team Head Coach Benito Floro. “We did not allow any goals again and we earned a point, so I am happy with the outcome.”
Canada had the best chance of the away match, with a Cyle Larin header hitting the crossbar shortly after the half hour mark. ‎Will Johnson also had a cracker on goal just before the end of the first half, with his dipping missile gliding just over the crossbar.

The six-match CONCACAF semi-final round plays out over an 11-month period, with Canada winning their opening match on Friday 13 November against Honduras. The next two matches are 25 and 29 March against Mexico, with the first date in Canada (location TBD) and the second match away at Estadio Azteca.

“I think that Mexico is a very good team, but Canada will be prepared for them,” said Floro. “We know that our players are going to be ready to play well and commit to winning our next home match.”

Of note in the away match, captain Julian de Guzman became Canada’s all-time leader in international appearances. The Scarborough-born midfielder has made 85 appearances for Canada, one more than former record holder Paul Stalteri.

On Tuesday 17 November, all 12 CONCACAF nations were in action, with Mexico winning away 2:0 over Honduras. In Group B, Jamaica won 1:0 away in Haiti while Costa Rica won 2:1 away in Panama. In Group C, Guatemala won 4:0 away in St. Vincent and the Grenadines while Trinidad and Tobago drew 0:0 at home against USA.