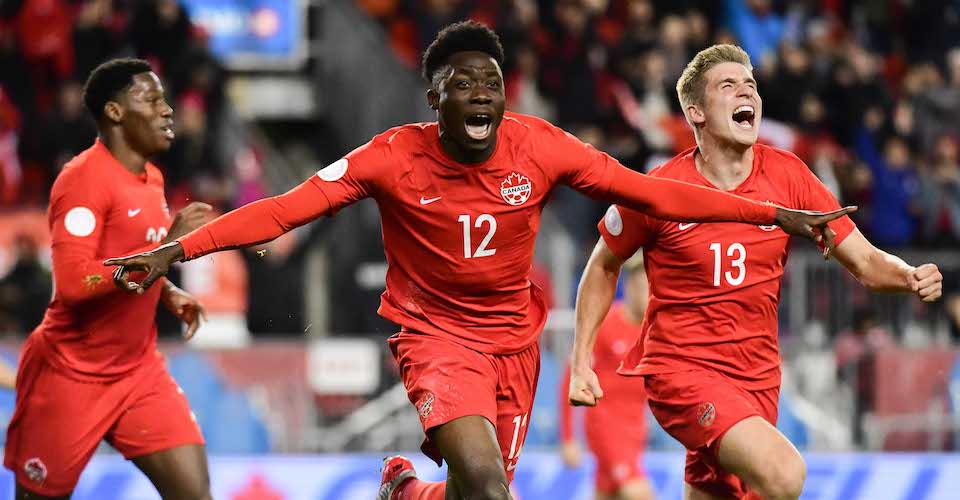 Canada delivered a historic 2:0 victory over USA in Concacaf Nations League with Alphonso Davies and Lucas Cavallini scoring second-half goals at BMO Field in Toronto. The victory kept Canada in first place in Group A of Concacaf Nations League A and earned Canada 18 points on the FIFA rankings, moving them into sixth place amongst Concacaf nations on the FIFA/Coca-Cola World Rankings.

It was Canada Soccer’s Men’s National Team’s first international A victory over USA since 1985 and their first competitive victory in any men’s competition since a 2:0 win at the 2012 Concacaf Men’s Olympic Qualifiers. For teenager Davies, it was his second game winner in back-to-back Concacaf Nations League matches and for Cavallini it was his record-tying eighth goal of the 2019 international season.

“It was just an electric atmosphere tonight,” said John Herdman, Canada Soccer’s Men’s National Team Head Coach. “To the boys, nothing but pride.  There has been that belief right from the onset. Tonight is only one step and there is more to come.”

Canada Soccer’s Men’s National Team are unbeaten in competitive football at BMO Field with nine wins and four draws in 13 matches. Including friendly matches, Canada have 11 wins, seven draws and just one loss, with 16 matches unbeaten since 2011.

Davies scored the opener in the 63rd minute after a wonderful pass from the captain Scott Arfield. Debutant Liam Fraser started the play after he collected a US clearance and played it forward to Arfield. Cavallini then made it 2-0 in the 91st minute after Jonathan Osorio intercepted a pass and chipped it forward.

Goalkeeper Milan Borjan and the backline posted the clean sheet with a critical save off a shot from close range in the 61st minute.  The 2-0 victory is Canada’s third consecutive shutout victory in Concacaf Nations League and for Borjan, it was his 21st career clean sheet, just one back of Canada’s all-time record.

“This is unbelievable and thanks to the fans that were here tonight, said Borjan.  “We showed we have a young team that is bringing a new football to Canada.”

Since 2018, Canada have won nine of 11 international “A” matches with John Herdman in charge. Canada’s fourth and final Concacaf Nations League match is scheduled for 15 November against USA at the Exploria Stadium in Orlando, Florida.

Canada’s starting XI featured Milan Borjan in goal, Richie Laryea at right back, Steven Vitória and Derek Cornelius at centre back, Kamal Miller at left back, and Samuel Piette, Mark-Anthony Kaye, Scott Arfield, Jonathan Osorio, Jonathan David and Alphonso Davies from the midfield up through to the attack.

After back-to-back Concacaf Nations League wins over Cuba in September combined with a USA win over Cuba in October, Canada became the first nation to qualify for the 2021 Concacaf Gold Cup. With either a first- or second-place finish in Group A guaranteed, Canada have also secured their spot in League A of the next edition of Concacaf Nations League while the third-place finisher will be relegated to League B.