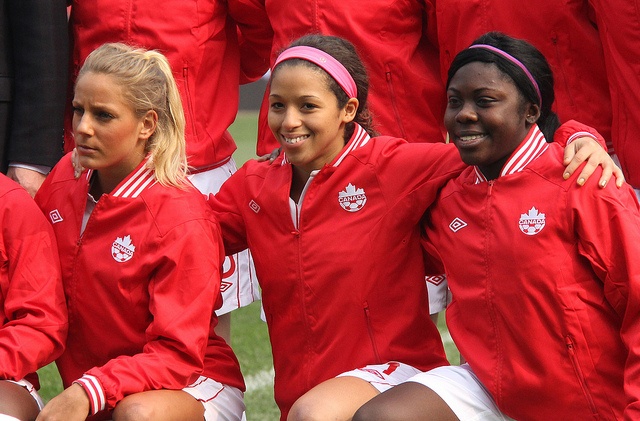 Canada defeated the Netherlands 1:0 to extend its perfect record at the 2013 Cyprus Women’s Cup.

Christine Sinclair and Erin McLeod proved the difference as Canada defeated the Netherlands 1:0 to extend its perfect record at the 2013 Cyprus Women’s Cup.

The win on Monday 11 March at the GSP Stadium in Nicosia, Cyprus ensures that Canada head into Wednesday’s tournament final riding a wave of confidence.

Canada defeated the Dutch women’s side courtesy of a 42nd-minute goal by Christine Sinclair. Jonelle Filigno intercepted a pass before laying it off to Sinclair who scored with a vintage placement strike to the bottom left corner from 25 yards.

The goal is the 145th of Sinclair’s career.

Earlier in the first half Canadian goalkeeper McLeod made a superb penalty save to deny Lieke Martens from the penalty spot.

“Our goal was to qualify for the final and we’ve done so.

“Erin McLeod made the penalty save and another outstanding save late in the game – that was big for us.”

Canada will now move on to face England as the team takes part in its third-consecutive Cyprus Cup Final.

England qualified for the championship game as winner of Group A after a 3:1 come-from-behind win against New Zealand in its final match of the opening stage.