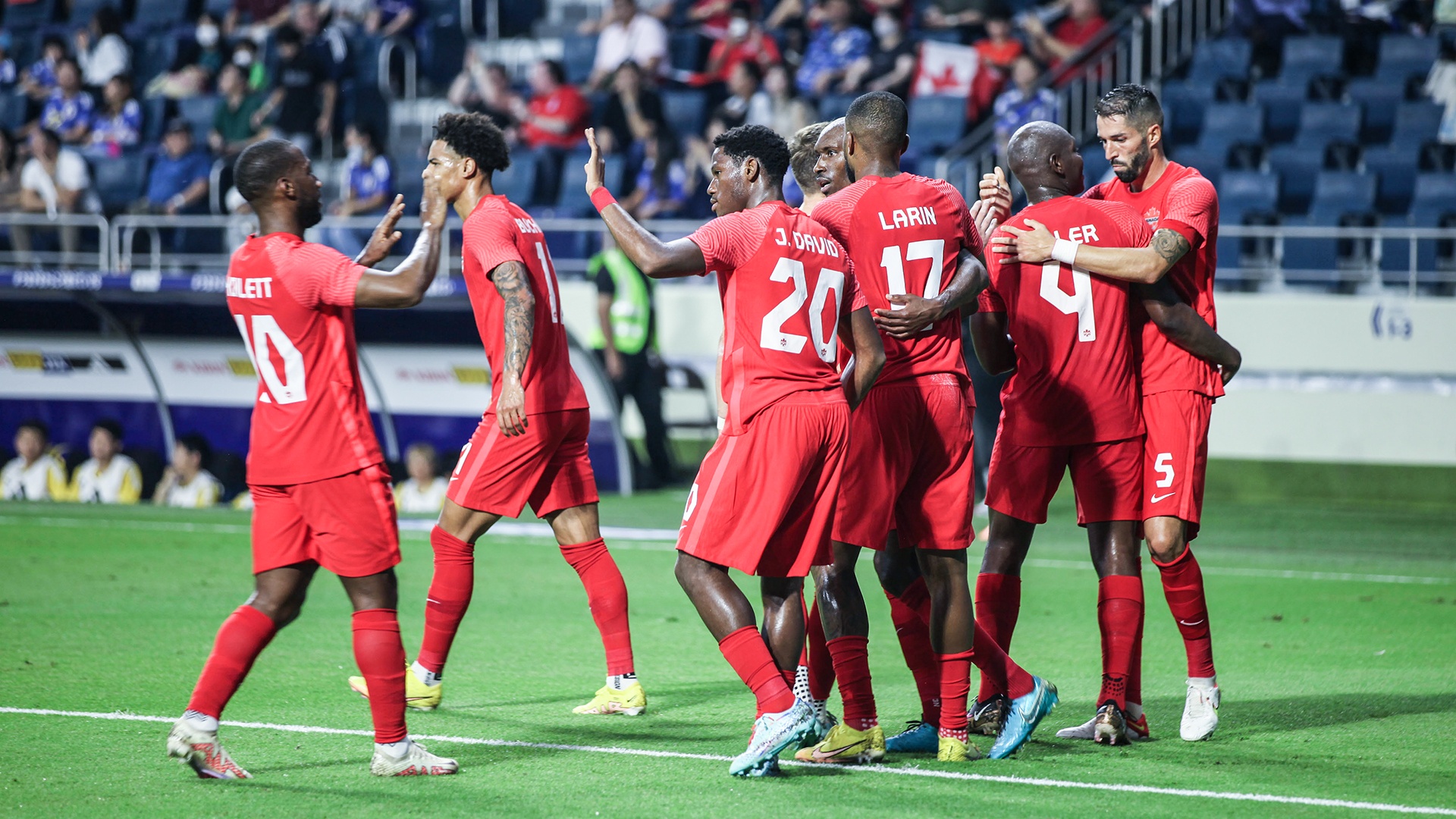 Canada Soccer’s Men’s National Team scored a late penalty winner to earn a 2:1 win over Japan in their last pre-tournament international test before the FIFA World Cup Qatar 2022. Down 0-1 after Yuki Soma opened the scoring for Japan, Steven Vitória and Lucas Cavallini were the Canadian goalscorers while Junior Hoilett earned Player of the Match honours in his milestone 50th international appearance.

Next up, Canada will play in their opening group stage match at the FIFA World Cup Qatar 2022™ on Wednesday 23 November against Belgium.

Japan opened the scoring in the ninth minute, but that goal was followed by the Vitória shot in the 21st minute. Cavallini then scored the winner in the 95th minute after Richie Laryea was fouled in the box.

“It was a good performance tonight against one of the top technical teams,” said John Herdman, Canada Soccer’s Men’s National Team Head Coach. “We showed our commitment to push and try to get the goal which we did. It was a proud moment for us.”

Fullback Alistair Johnston set a Men’s National Team record by making his 28th consecutive international appearance over the past two years, surpassing the previous record set by former captain Bruce Wilson from 1984 to 1986.

CANADA SOCCER’S MEN’S NATIONAL TEAM
Canada Soccer’s Men’s National Team is the reigning Kings of Concacaf, having finished first overall in the Concacaf Final Round of FIFA World Cup Qualifiers from September 2021 to March 2022. It marked the third time that Canada Soccer’s Men’s National Team won a Concacaf title, having previously won the 1985 Concacaf Championship and the 2000 Concacaf Gold Cup. Canada now looks forward to their second participation at the men’s FIFA World Cup with group matches against Belgium on 23 November, Croatia on 27 November, and Morocco on 1 December.