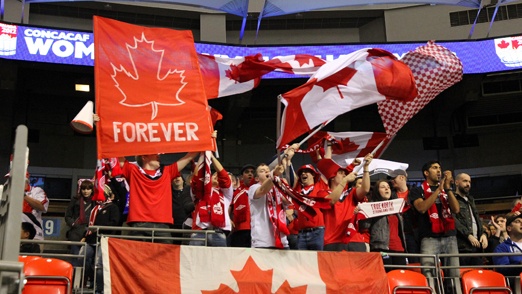 After securing qualification for London 2012 on Friday, Canada fell short of its final goal at the 2012 CONCACAF Women’s Olympic Qualifying tournament: a victory against arch-rival USA. On the final day of the competition, Canada could not rouse itself enough to defeat the favoured Americans, thus claiming a silver medal in the eight-team confederation championship.

USA prevailed 4:0 on the day in front of a sell-out crowd of 25,427 fans at BC Place in Vancouver to close-out a widely successfully Canada 2012 for both the home team and the overall competition. Over 15 matches, the tournament featured a combined attendance of 162,223 fans from 19-29 January.