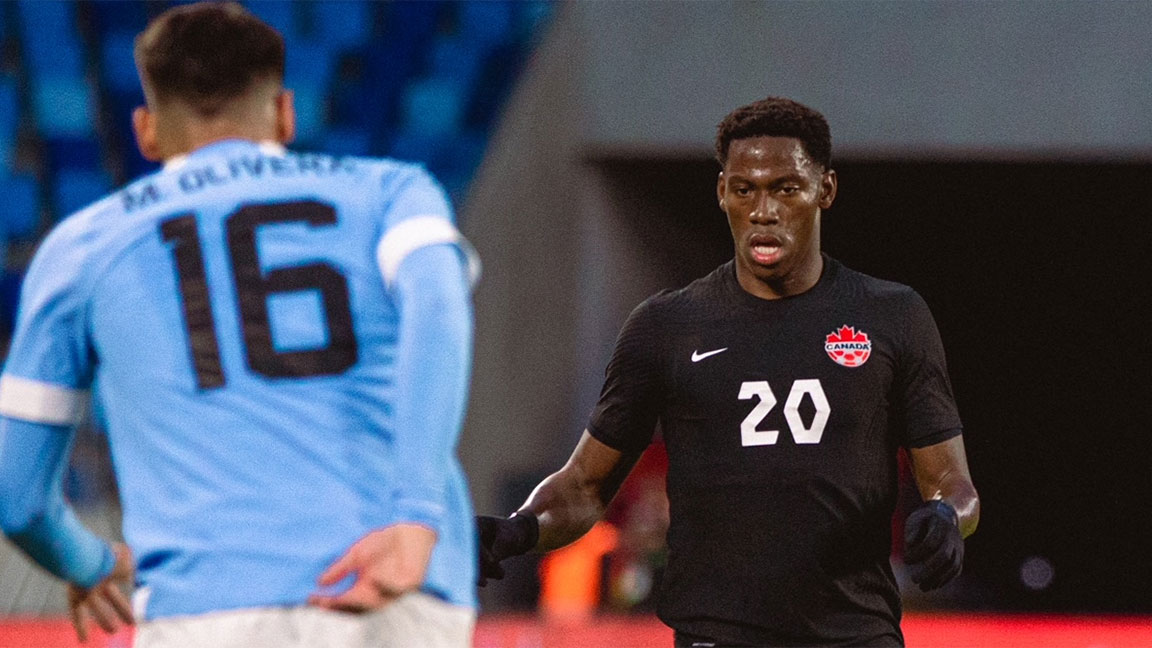 Canada Soccer’s Men’s National Team wrapped up a positive two-match international series in Europe after a 2:0 Friday win over Qatar and a 2:0 Tuesday loss to Uruguay. Cyle Larin and Jonathan David were the goalscorers in the Friday win in Vienna, Austria while Nicolas de la Cruz and Darwin Nuñez were the Uruguay goalscorers on Tuesday in Bratislava, Slovakia.

Canada put forth a strong performance against the South Americans Uruguay in the Tuesday 27 September match, notably carrying 56% possession, delivering 23 crosses and holding their opponents to no shots in the second half. Canada’s Stephen Eustáquio earned the Gatorade Performance of the Match honours in the Tuesday match.

“When you get those opportunities, you have to make them count because at the FIFA World Cup in Qatar, people won’t remember the good performances,” said John Herdman, Canada Soccer’s Men’s National Team Head Coach. “We’re proud of the performances across the two matches, but we were frustrated that we didn’t get something out of the Uruguay match.”

The two-match September series kicked off Canada’s eight-week run up to their opening match at the FIFA World Cup Qatar 2022™ on Wednesday 23 November. Next up, Canada will face Japan in an international match on Thursday 17 November in Dubai, United Arab Emirates.

“With an eight-week gap between our September matches and our first match at the FIFA World Cup, it is important for our players to experience that level of international intensity with our pre-tournament match against Japan,” said Herdman, Canada Soccer’s Men’s National Team Head Coach. “Japan have consistently progressed from the group stage at recent FIFA World Cups, so it will be a good test for the group.”