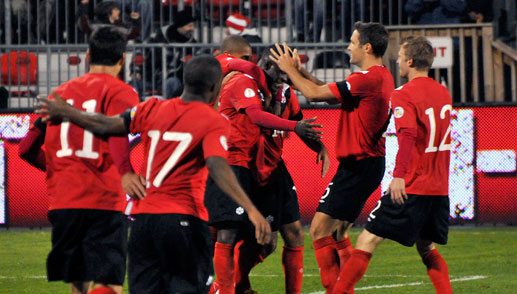 Locations for home and away matches will only be announced in early 2012. The dates and opponents for each of those matches, however, has been established for all 12 teams advancing to CONCACAF Round 3. The 12 remaining CONCACAF teams have been separated into three groups of four teams, with only two spots per group eligible to advance to the final CONCACAF Round 4 in 2013.

As for the other two CONCACAF Groups, the eight participating teams are:

From CONCACAF Round 3, two teams from each group will make up a final round of six teams that will play 10 matches from 6 February to 15 October 2013 (a home and away match against each opponent). The top three teams from this final group will qualify for the 2014 FIFA World Cup™; the fourth-place team will advance to an intercontinental playoff.