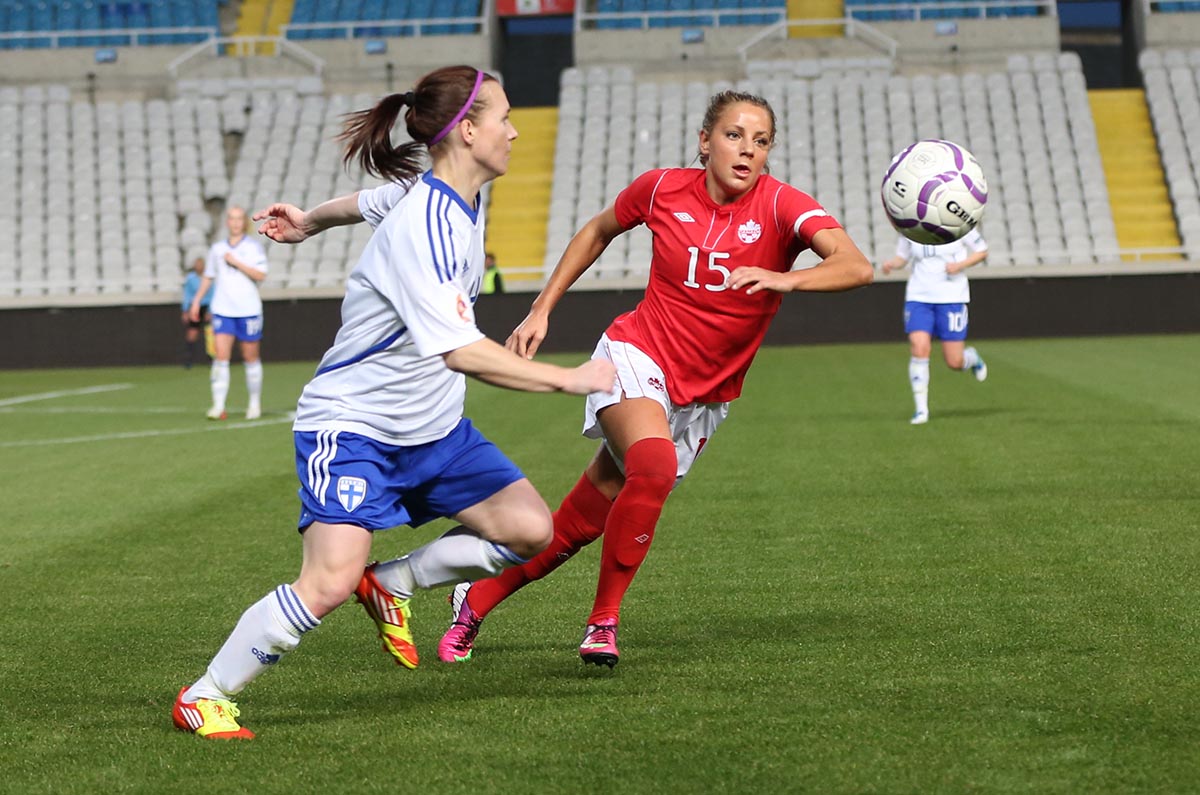 Filigno and Sinclair scored the goals to help Canada to a 2:1 win over Finland

Jonelle Filigno and Christine Sinclair scored the goals to help Canada to a 2:1 win over Finland on Wednesday 6 March at the GSP Stadium in Nicosia, Cyprus.

The win gives Canada a maximum six points from its first two games at the 2013 Cyprus Women’s Cup and clinches the team’s place in the tournament final as winners of Group B.

“I was happy with our overall performance today,” said Head Coach John Herdman after the game.

“We knew Finland would be a good team and they gave us some nervous moments.

“Thankfully Sinclair and Filigno scored the goals to take us to the final.”

Emmi Alanen gave Finland an early 1-0 lead in the 6th minute when she collected a loose ball and beat Karina LeBlanc with an effort from inside the area.

Filigno then brought Canada back to level terms when she fired home a shot to the top right corner from the top of the box in the 30th minute. Diana Matheson and Sophie Schmidt combined well in the build-up to the goal, with Schmidt providing the final lay-off for Filigno.

Canada then took the lead from the penalty spot seven minutes later.

A long-range strike from Matheson was handled in the area and captain Sinclair converted the penalty to the bottom left corner.

Finland mounted a late charge in the final 10 minutes of the match and hit the post in the dying stages – but ultimately Canada held on for the win.

Canada will then make its third consecutive appearance in a Cyprus Cup final on Wednesday 13 March. The team will take on either New Zealand or England pending the result of the final Group A match between the two teams on Monday.

The win over Finland was Sinclair’s return to competitive action following a four-match FIFA suspension.

Substitute Christina Julien earned her 50th cap on the day.