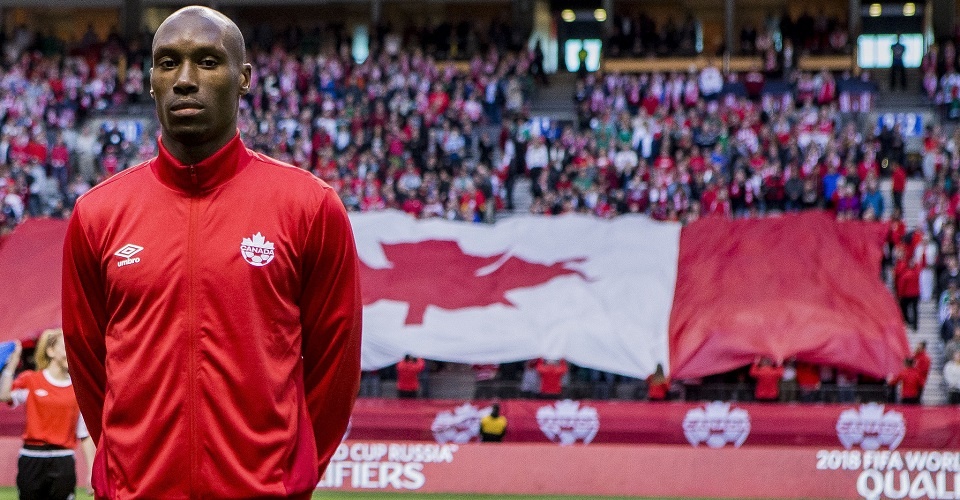 Canada at home for big international test against Jamaica

Canada at home for big international test against Jamaica

The match featuring the two CONCACAF rivals kicks off at 19.00 local on Saturday 2 September.

Canada’s Summer of Soccer continues this long weekend when Canada faces Jamaica in a Men’s International Friendly match at BMO Field in Toronto, Ontario. The Saturday 2 September match features a familiar re-match between the two nations that went head-to-head in the quarter-finals of the 2017 CONCACAF Gold Cup.

Canada are looking to build on their momentum following a positive CONCACAF Gold Cup run that was only stopped by Jamaica, the two-time runners up at the confederation’s biennial championship. Canada have reinforced their squad for this match with the addition of five-time Canadian Player of the Year Atiba Hutchinson while still mixing in youth from a talented crop of Men’s National Team Program players.

Tickets to the Saturday match start as low as $20 (plus applicable fees) and can be purchased online via Ticketmaster.ca, by phone at 1.855.985.5000, or in person at the BMO Field Box Office. As the match takes place during the Canadian National Exhibition (CNE), all match tickets include free admission to the CNE grounds on match day. Complete ticket details are available at canadasoccer.com/tickets.

“We will play to win, but we will also play for the spectators as we want to show a good brand of football,” said Octavio Zambrano, Canada Soccer’s Men’s National Team Head Coach. “Passion comes from seeing something you really enjoy come out because you can’t hold it in and you need to express it. When a team plays good football, there is passion on the field.”

The match featuring the two CONCACAF rivals kicks off at 19.00 local on Saturday 2 September. The match will broadcast live across Canada on TSN and RDS at 19.00 ET / 16.00 PT. Fans are encouraged to follow the Men’s National Team across all of Canada Soccer’s digital channels including Twitter, Instagram, Snapchat, YouTube, and Facebook.

Canada’s squad features lots of local talent, including four Toronto FC players and 11 players who got their start in and around Toronto. The squad notably features a blend of experience and youth, including five-time Canadian Player of the Year Atiba Hutchinson and CONCACAF Gold Cup Best Young Player Alphonso Davies.

“It is nice to be back with the guys and just see how the team has been going,” said Atiba Hutchinson. “We are starting to win games and we need to get comfortable doing that and believing that we can do it. We want to be ready from the start and put in a good performance..”

Hutchinson, who spent the summer focused on recovery from injury after a second-consecutive Turkish Süper Lig title and qualification to UEFA Champions League, is one of eight players that coach Zambrano has added to the squad after the CONCACAF Gold Cup run. Zambrano has mixed in the experience from players like Hutchinson and Tosaint Ricketts as well as the youth from players like Jay Chapman of Toronto FC and David Choinière from Impact Montréal FC.

“We want our players to continue to get good minutes with their clubs so they come to the Men’s National Team in true form,” said Zambrano. “As we look ahead to 2018 and beyond, we want to see guys that will compete together for Canada towards future FIFA World Cups.”

In 2017, Canada’s overall international record is three wins, three draws, and one loss in seven matches. Jamaica’s 2017 record is five wins, two draws, and four losses in 11 matches, including a second-place finish at the CONCACAF Gold Cup.

ARRIVE EARLY AND TAKE IN THE “EX”
Canadian fans are encouraged to arrive early on CNE grounds for the Canada Soccer match day, with the grounds at the “Ex” open as early as 10.00. The annual fair offers amusement park rides, food, shopping, and more. The gates to BMO Field will open one hour before kick off at 18.00, featuring warmups, Men’s National Team tributes, and the Canada Soccer Hall of Fame induction ceremony all before the 19.00 kickoff.

A CONCACAF champion in 2000, the two-time Canadian Player of the Year represented Canada at the FIFA Confederations Cup Korea/Japan 2001. He won both a Bundesliga title and a German Cup (DPF-Pokal) with Werder Breman in 2004. From his youth soccer days in Brampton, Stalteri played in both the Bundesliga in Germany and the Premier League in England.

MEN’S NATIONAL TEAM PLAYERS HONOURED
Canada Soccer will play tribute to a handful of Men’s National Team players as part of an in-stadium ceremony after the pre-match warm ups. The tribute will honour: Marcel de Jong, Nik Ledgerwood, and Tosaint Ricketts for surpassing 50 international appearances; Alphonso Davies for winning two 2017 CONCACAF Gold Cup awards and the 2016 Canadian U-17 Player of the Year award; and Atiba Hutchinson for winning his record fifth Canadian Player of the Year award.