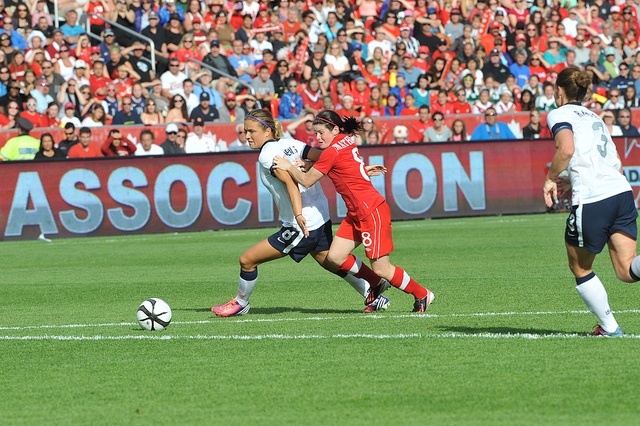 Canada’s Women’s National Team has decided to start 2014 with a massive challenge as they head to Frisco, Texas, USA to take on heated rivals USA for their first game of the new year on 31 January.

Canada’s Women’s National Team has decided to start 2014 with a massive challenge as they head to Frisco, Texas, USA to take on heated rivals USA for their first game of the new year on 31 January.

For that challenge, Canadian Head Coach John Herdman has opted to bring a very experienced squad into northwest Texas and Toyota Stadium, the home of FC Dallas of Major League Soccer.

“The objective is to see if we can get a result. It’s always the same end whether we can put that performance together that can upset the world number one,” said Head Coach John Herdman. “We’ve got a few new faces back and you’ve got the young players in with Kadeisha Buchanan and Sura Yekka and we’ll have another crack at doing what not too many teams can do.”

Much of the squad that took part in December’s Torneio Internacional de Futebol Feminino in Brazil is back with only a handful of changes.

The team has added a few players to the forward position with Josée Belanger and Jonelle Filigno hoping to add some punch to the Canadian attack. Filigno, a recent graduate of New Jersey’s Rutgers University, was recently allocated to the NWSL’s Sky Blue FC.

Belanger, meanwhile, will be looking to make her first appearance in a Canada jersey since 2010 when she played all 90 minutes in a 2:2 draw against Brazil in Sao Paolo, BRA. There was a possibility that she would play in Vancouver in November when Canada played to a scoreless draw against Mexico at BC Place Stadium but she was rested as a precaution so as not to rush her return.

“Both players are returning back from lengthy times out so we’ve just got to hope that the players are ready for that sort of intensity,” Herdman said. “Because when you play the USA everyone knows it’s a different type of game: fast, physical, and another level to what you experience in your own training session.”