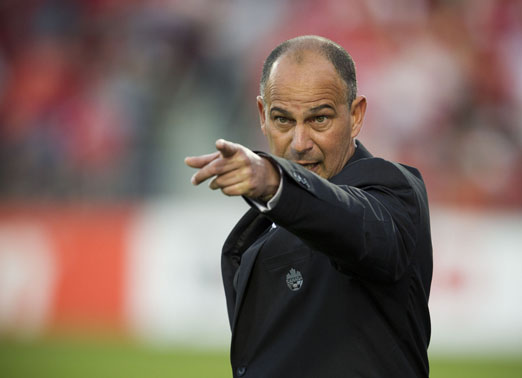 Canada has announced its preliminary roster in advance of its 2012 Centennial Match and FIFA World Cup Qualifiers this June. Canadian head coach Stephen Hart has selected 22 players for the 11-day preparatory camp that runs 21-31 May in USA. The team then travels to Toronto for its 100th anniversary match against USA on 3 June at BMO Field.

All 22 players selected by head coach Hart have previous experience with Canada’s national team, including teenager and rookie midfielder Samuel Piette and second-year fullback Ashtone Morgan. Dwayne De Rosario is the most experienced player in the group, having been part of the national program since 1997 and having already made 66 appearances at the international “A” level. De Rosario is also Canada’s all-time co-leader in goals scored with 19.

De Rosario is also Canada’s last tie to its 2000 CONCACAF Gold Cup victory, while both he and Kevin McKenna were members of Canada’s FIFA Confederations Cup team at Korea/Japan 2001. De Rosario and McKenna are both taking part in their fourth cycle of FIFA World Cup Qualifiers.

Also on the squad are Simeon Jackson and Josh Simpson, currently Canada’s two active leaders in consecutive matches. Jackson has played in 18 consecutive Canada matches since May 2010 while Simpson has played in 16 consecutive Canada matches since September 2010. They are both joined on the Canadian squad by recent Player of the Month winners Atiba Hutchinson (April) and Olivier Occean (February and March), who in fact followed Jackson (January) on the monthly honour list.