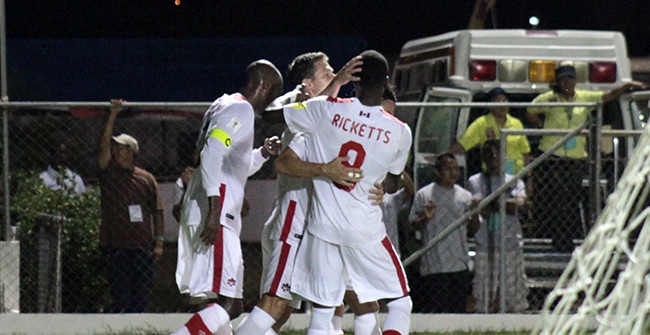 Canada among CONCACAF 12 in next round for Russia 2018

Canada among CONCACAF 12 in next round for Russia 2018

Canada have advanced into the fourth CONCACAF round of 2018 FIFA World Cup Russia Qualifiers after a 4-1 series win over Belize. Canada and five other nations advanced on Tuesday night, joining a group of 12 nations in the 2015-16 continental semi-final stage.

Canada and El Salvador (who won their series 2-0 over Curaçao) advanced to Group A, joining Honduras and Mexico in a six-match, round-robin series from November 2015 to September 2016.

In the other series, Jamaica squeaked past Nicaragua 4-3 on a late goal while Haiti cruised past Grenada 5-1. Jamaica and Haiti join Costa Rica and Panama in Group B.

From the 12 remaining CONCACAF nations, the top two teams from each group will advance to a six-team, 10-match final round in 2017. At the end of 2017, the top three teams qualify for Russia 2018 while the four-best team advances to an intercontinental playoff.