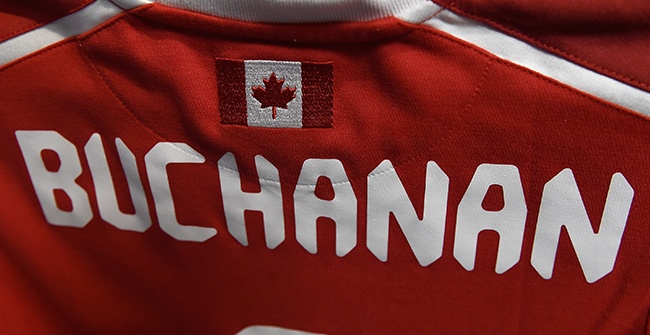 Buchanan was the only Canadian player named to the team that featured the biggest names in the game.

After her stellar play at this past summer’s FIFA Women’s World Cup Canada 2015™, the accolades keep rolling in for Kadeisha Buchanan, defender for Canada’s Women’s National Team.

As part of the Technical Report from this past summer’s tournament, FIFA’s Technical Study Group (TSG) named Buchanan to the tournament’s 23-player All-Star squad. Buchanan was the only Canadian player named to the team that featured the biggest names in the game.

This honour is in addition to the Hyundai Young Player Award from Canada 2015. Buchanan received that award from the TSG at the final of the Women’s World Cup, which was won by the United States.

Buchanan played every minute of Canada’s five games at the Women’s World Cup, as they made a run to the tournament’s quarterfinals before falling in a heartbreaking 2:1 game to England at BC Place in Vancouver.

Still just 19 years old, Buchanan is a student at the University of West Virginia and has made 40 appearances for Head Coach John Herdman’s team. She’s been a revelation on Canada’s back line as her thundering tackles have made life difficult for some of the best forwards in the world.

Buchanan had a busy summer for the Canadian team. After playing in the World Cup, she also saw action in four games at the 2015 Pan Am Games in Toronto.