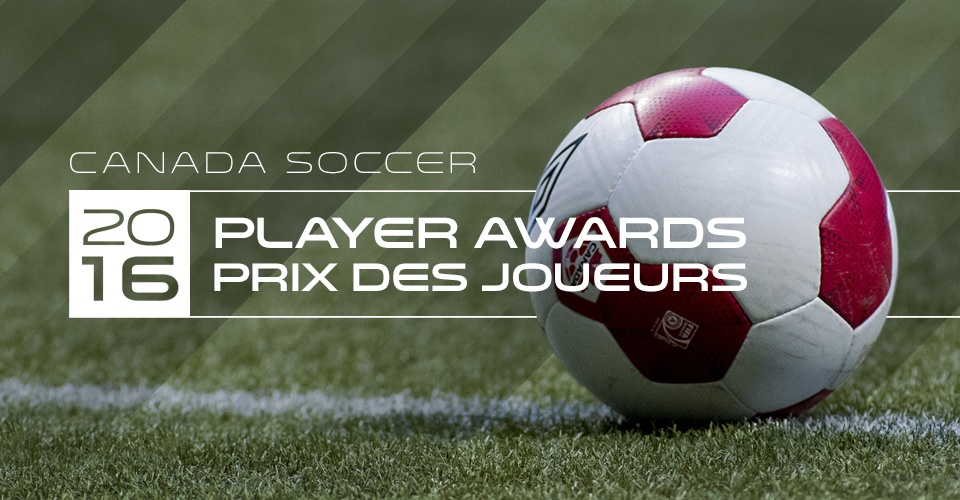 Voting for the 2016 Canadian Players of the Year award is split between media and coaches from coast to coast to coast across Canada. Voting is open from Monday 28 November to Thursday 8 December.

This marks the 24th year since the Canada Soccer Player Awards were introduced in 1993. The Awards recognise player performances with both the national teams and their respective club teams. Announcements for this year’s awards, including the Canadian Para Soccer Player of the Year, will run from 9-16 December.

New this year, the Allstate Canadian National Teams Good Hands Award will recognise the top save by Canada Soccer’s National Team goalkeepers during international play. Canadian soccer fans can vote for their top save of the year via CanadaSoccer.com starting from 5-11 December. The winner will be announced on Monday 12 December.

All fans who vote for their top save will have the opportunity to be entered to win a Canadian National Team signed jersey.

Also new this year is the 2016 Canada Soccer Moment of the Year. From 17 to 31 December, fans will have the opportunity to choose from a top 10 list of moments from the past 12 months on CanadaSoccer.com. Throughout the holiday period, fans can follow as the top moments are featured on Canada Soccer’s digital channels: Twitter (@CanadaSoccerEN), Facebook (www.facebook.com/canadasoccer), YouTube (www.youtube.com/canadasoccertv) and Instagram (@canadasoccer). From there, they can vote for their favourite moment on CanadaSoccer.com.

Fans who register with their vote will be eligible for #CanadaRED prize packs, to be distributed ahead of the announcement of the 2016 Canada Soccer Moment of the Year on 5 January 2017.

Canadian Players of the Year

Voting by Canadian media and coaches, selecting first choice, second choice, and third choice. The award celebrates Canada Soccer’s top footballers in recognition of their 2016 achievements with both the National Team and their respective club teams. Winners to be announced on 15 and 16 December.

Canadian U-17 Players of the Year