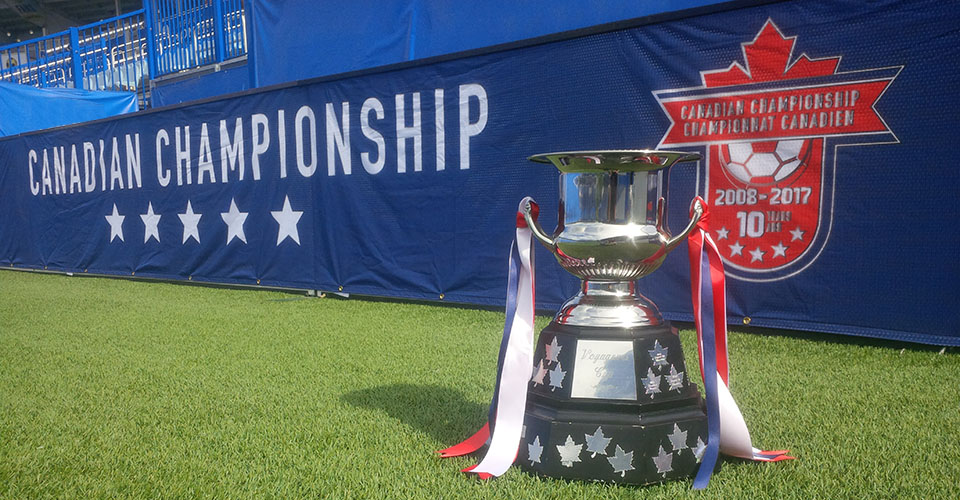 AS Blainville qualifies for Canadian Championship

AS Blainville qualifies for Canadian Championship

AS Blainville have clinched their spot in the 2018 Canadian Championship after securing first place in the 2017 Première Ligue de Soccer du Québec. Blainville clinched the title on Saturday 30 September with three matches remaining in the PLSQ schedule, with challengers CS Mont-Royal Outremont as CS Longueuil now out of reach in the last month of the season.

AS Blainville have an 11-point lead in the standings after 15 matches, posting 11 wins, two draws and two losses from May through September. They clinched the title with a 3:1 over FC Lanaudière at home on Saturday night, with Pierre-Rudolph Mayard scoring a second-half brace.

Next year will be the first time that the PLSQ champions are entered into the Canadian Championship. In 2017, the Championship featured five clubs across three rounds, with Toronto FC winning the Voyageurs Cup and qualifying for CONCACAF Champions League. In 2018, the Championship will feature seven teams including the PLSQ and League1 Ontario winners.