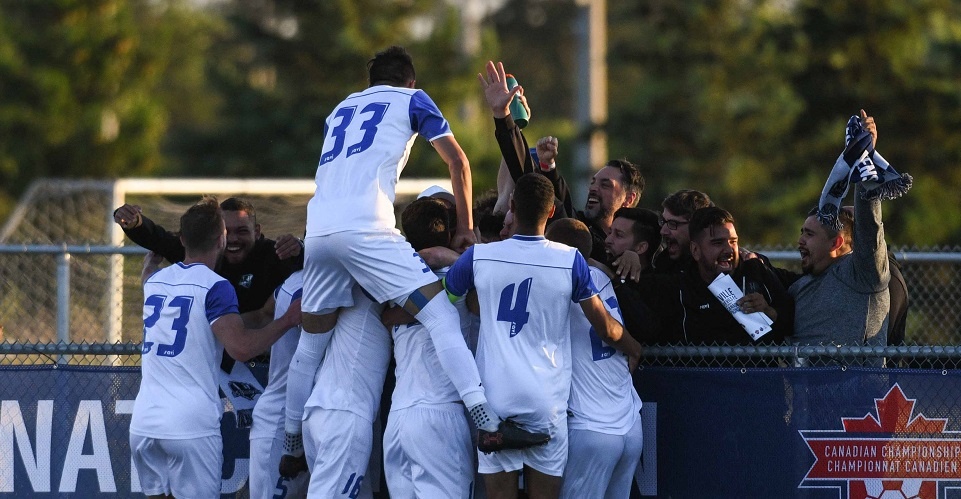 Diyaeddine Abzi scored a first half added time goal to secure a 1:0 (3:1) First Qualifying Round victory for AS Blainville at the Ontario Soccer Centre […]

Diyaeddine Abzi scored a first half added time goal to secure a 1:0 (3:1) First Qualifying Round victory for AS Blainville at the Ontario Soccer Centre in Vaughan, ON on 13 June. After a 2:1 win at home in an exciting first leg on 6 June, AS Blainville move onto the Second Qualifying Round of the 2018 Canadian Championship against Ottawa Fury FC. The opening match kicks off at 19.30 ET on 20 June in Quebec live on mycujoo.tv/canada-soccer.

In 2018, Toronto FC will travel to meet the Qualifying Rounds winner in the opening leg of the Semi-final round, while Montréal will host Vancouver Whitecaps FC to open the other Semi-final. Both games kick off at 19.30 local on Wednesday 18 July with the second legs scheduled one week later on 25 July.

The Voyageurs Cup will be presented on 15 August along with the George Gross Memorial Trophy to the tournament’s Most Valuable Player.