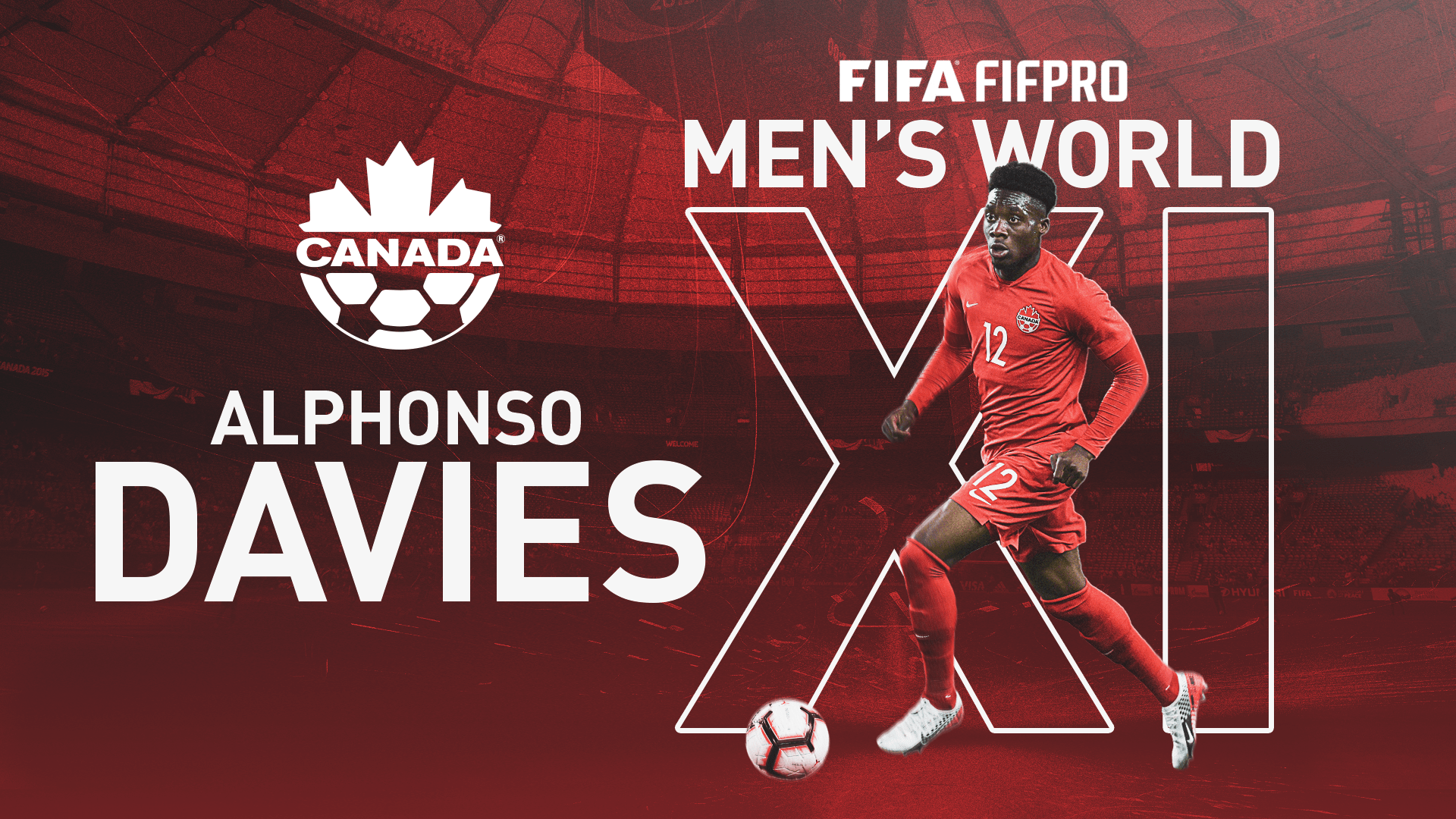 Canada Soccer’s Men’s National Team’s Alphonso Davies from Edmonton, Alberta was named to the FIFA FIFPro Men’s World11 at The Best FIFA Football Awards 2020. The FC Bayern München left back is the first Canadian named to the global all-star list featuring the top-11 players from their respective positions.

Davies was one of four players from the UEFA Champions League-winning side in the FIFA FIFPro Men’s World11 as he was honoured alongside teammates Joshua Kimmich, Thiago Alcántara and The Best FIFA Men’s Player Robert Lewandowski.

Davies was the third-youngest player named to the FIFA FIFPro Men’s World11, albeit by just four days compared to Matthijs de Ligt who was also 20 when he received the honour in 2020. Only Kylian Mbappé was 19 years old when he won the honour in 2018.

Davies was just 13 years old when he made his debut in the Canadian youth program in 2014. He was 16 years old when he made his international “A” debut for Canada on 13 June 2017, the youngest Men’s National Team player in program history. He scored his first goal for Canada on 7 July 2017 at the Concacaf Gold Cup. He was Canada Soccer’s Canadian Player of the Year in 2018 and 2020.