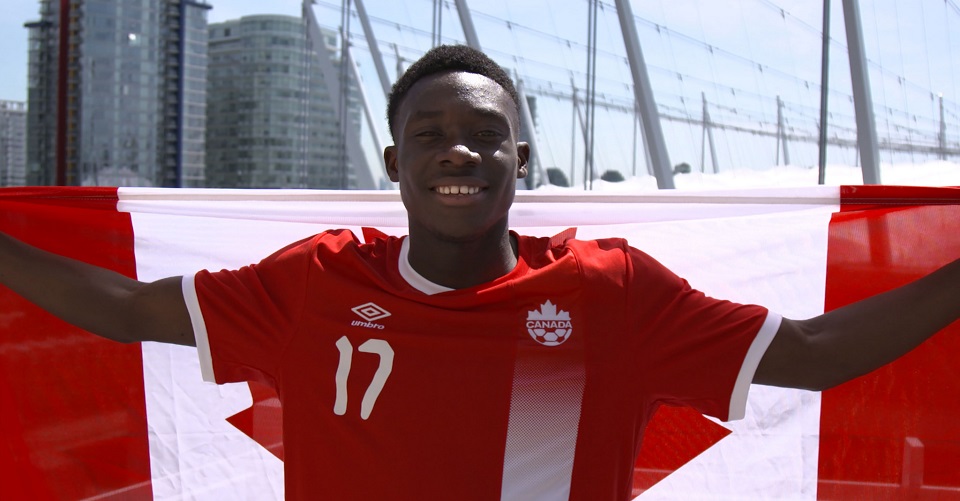 Alphonso Davies of Edmonton, Alberta will join FC Bayern on a record-breaking transfer deal with Vancouver Whitecaps FC. The move involves a fixed transfer fee and […]

Alphonso Davies of Edmonton, Alberta will join FC Bayern on a record-breaking transfer deal with Vancouver Whitecaps FC. The move involves a fixed transfer fee and additional compensation that could total more than $28 million Canadian, the most ever received by an MLS club in the league’s 23-year history.

“Canada Soccer congratulates Alphonso Davies on joining the reigning six-time German champions FC Bayern for the coming 2018-19 season,” said Steven Reed, Canada Soccer President. “We are really proud of Alphonso and the progression he has made from our youth program to the Men’s National Team. We look forward to the role that he will play as one of our core players for years to come.”

At the professional level, Davies was just 15 years old when he became the youngest player ever in the Canadian Championship, helping Whitecaps FC reach the Final Round. One year later, he became the competition’s youngest goalscorer, scoring two goals and one assist in two matches.

At the international level, Davies made his Canada debut in June 2017 just one week after officially becoming a Canadian citizen. He then helped Canada reach the quarter-final stage of the Concacaf Gold Cup, winning Top Scorer and Best Young Player awards.

Alongside his time with Whitecaps and Canada Soccer’s Men’s National Team, Davies previously played for Edmonton Inter, Edmonton Strikers, St. Nicholas Academy, and briefly FC Edmonton. He was just 13 years old when he made his debut in Canada Soccer’s national youth program in 2014.

“Alphonso Davies is someone to whom all our young players can aspire, not only the way he holds himself in the community off the field, but also how he lights up and brings that personality on the pitch,” said John Herdman, Canada Soccer’s Men’s National Team Head Coach. “Canadians like to see that humility and hard work with that special piece of x-factor. It resonates with people in Canada because they see a kid that they helped on a journey and they can be part of that journey now.”

Davies, who turns 18 on 2 November, will finish the 2018 season with Whitecaps FC. He will be eligible to join FC Bayern when the international transfer window reopens in January 2019.