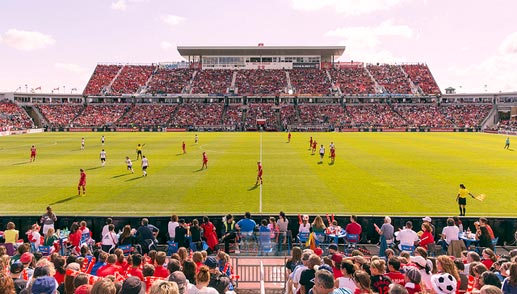 A look back on stories that defined the year.

As we take one final moment to reflect on the season that was – we would like to extend a sincere thank you to all of the fans that supported Canada and Canadian soccer as throughout another eventful year.

Here is our recap of the top stories that defined a remarkable season for Canadian football.

In Halifax, Nicole Weber scored late in the final as Edmonton Victoria out of Alberta beat Royal-Sélect Beauport from Quebec 1:0 to clinch their fourth Jubilee Trophy while Surrey United out of British Columbia beat Scarborough GS United from Ontario 3:2 for the bronze medal.

On the men’s side, a decisive second half where Gloucester Celtic scored three times gave them their first Challenge Trophy as they beat Surrey United Firefighters out of BC in the final. FC Winnipeg Lions from MB beat HUSA Alumni from SK 2:1 to pick up the bronze medal.

There was youth aplenty as Canada headed into the 2013 CONCACAF Gold Cup. 19-year-old Keven Aleman made his senior debut in the 0:2 loss to Mexico and fellow teenager Samuel Piette also saw plenty of action. They were joined by players like Doneil Henry, Jonathan Osorio, Ashtone Morgan, and Russell Teibert who are all in their early 20s and look to form the backbone of team for years to come.

A veteran of Canada’s Men’s National Team program, Johnson had a stellar year in his first season with the Timbers. He scored a single-season career-high nine goals and added five assists. His strong play and leadership helped the Timbers claim the best record in the Western Conference which included a 15-game unbeaten streak. This was his first MLS Best XI selection, a recognition of MLS’s top 11 players at each position on the field. In what was his ninth international season with Canada, he recorded one assist in three appearances. In July, he was part of Canada’s CONCACAF Gold Cup squad.

The honours kept rolling in for Canada’s most recognizable soccer player in 2013. Christine Sinclair was in Toronto in September as an inductee on Canada’s Walk of Fame alongside Bob Ezrin, Terry Fox, Victor Garber, Craig and Mike Kielburger, Oscar Peterson, and Alan Thicke. On 12 December, she made her 200th appearance for Canada, and scored her 147th goal in Canada’s 2:0 win over Scotland in Brasilia, BRA, on the night before being awarded the 2013 BMO Canadian Player of the Year, her tenth consecutive.

The two major tournaments that Canada will be hosting seemed so much closer when the schedules for both the FIFA Women’s World Cup and FIFA U-20 Women’s World Cup were released in March. In both cases Canada will be in Group A of the tournaments with the U-20s playing their first two group games in July 2014 at BMO Field in Toronto before finishing at the Olympic Stadium in Montreal. In June 2015, Canada will be based in Edmonton for the first two games before their final game of the group stage in Montreal.

The ranks of professional teams in Canada is set to jump to five as the Ottawa Fury were granted a place in the NASL for next season alongside FC Edmonton. The new pro club also means that the Amway Canadian Championship will grow once again with the two NASL clubs playing off next year for a spot in the semi-finals alongside the three Canadian MLS clubs vying for the Voyageurs Cup.

Sixteen Canadians were allocated into the debut year of the new National Women’s Soccer League (NWSL) and two of those Canadians featured prominently as the Portland Thorns won the inaugural championship. Christine Sinclair scored in the final and Karina LeBlanc had a great year in goal as the frenzied fan base in the Rose City were rewarded with a league title.

Canada started charting a new direction in July when Benito Floro from Spain was named as new Head Coach of Canada’s Men’s National Team. Floro will also be in charge of the U-23 Olympic team and has made that a priority to develop players at that level as they’ll be at the senior level before you know it. Reaching the 2016 Olympics in Rio de Janeiro is a priority and getting every Canadian player on the same page as to how they’ll be playing when they wear a Canadian jersey is another key part of Floro’s plan.

In September, the Canadian Women’s National Team program and #canWNT fans across the country celebrated when Head Coach John Herdman and Canada Soccer reached a new agreement that would see the Englishman lead the program through 2020. Herdman had already built significant momentum around the women’s program, leading the squad to an unexpected bronze medal at the 2012 London Olympic Games, and his extended contract will allow him to continue his work in growing the game ahead of the FIFA Women’s World Cup Canada 2015 – and beyond.

Canada became the only team to qualify for all four FIFA U-17 Women’s World Cups after they finished runners-up on penalties to Mexico in the final at the 2013 CONCACAF Women’s Under-17 Championship. Canada easily got by Guatemala and Trinidad and Tobago 8:0 and 11:0 respectively before losing 2:0 to the USA. They punched their ticket to the World Cup in Costa Rica next year with a 5:0 over Jamaica in the semi-finals before losing on penalties to Mexico after playing to a scoreless draw in the final.

The future looks bright for Canada as the youngsters in the program qualified for their second straight FIFA U-17 World Cup under Coach Sean Fleming. Canada advanced out of Group B at the CONCACAF U-17 Championship in Panama with a 2:0 win over Trinidad and Tobago and a 1:1 draw with Costa Rica. They then qualified for the World Cup in Dubai after beating Jamaica 4:2 in the quarterfinals before finishing in third place after beating Honduras on penalty kicks.

In the FIFA U-17 World Cup, Canada tied both Iran and Austria and then lost to Argentina and couldn’t make it past the group stage.

If there was any doubt that Canada is excited for the upcoming FIFA U-20 Women’s World Cup Canada 2014 and the FIFA Women’s World Cup Canada 2015™, it would have quickly been brushed aside as Canada’s Women’s National Team played to passionate support in three different cities in 2013. In June, Canada played the USA in the much-anticipated Rematch from London at BMO Field in front of a packed house – the largest soccer crowd ever assembled at our national soccer stadium – that sold out in three hours when tickets went on sale. They then played in front of almost 13,000 fans in chilly conditions, beating Korea Republic 3:0 on 30 October and wrapped up their home schedule with a scoreless draw against Mexico on 24 November with 21,217 fans in attendance.