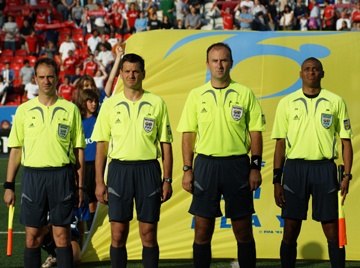 Amongst the six Canadian assistant referees on the 2009 FIFA List, there is in fact one new member: Shauna Poirier. Poirier was nominated along with returning officials Daniel Belleau, Darren Clark, Joe Fletcher, Hector Vergara and Suzanne Morrisett.

Canadian officials on the International and National lists operate on a regular basis in professional soccer, both Major League Soccer and United Soccer Leagues.