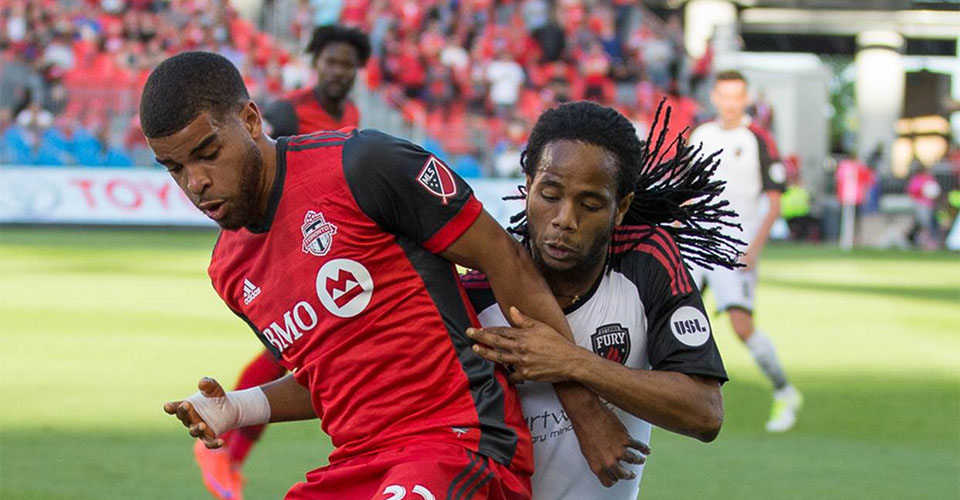 It will be a Toronto-Montréal final to decide the 2017 Canadian Championship. With Montréal already through on Tuesday night, Toronto FC joined them via their Wednesday 4:0 win at BMO Field, completing their two-leg series 5-2 over visiting Ottawa Fury FC.

The Canadian final will kick off on 21 June at Stade Saputo in Montréal when the Impact host Toronto FC in the opening leg. The return leg will be one six days later on 27 June at BMO Field in Toronto. Both matches will kick off at 19.30 local can be watched live on TSN, the official broadcaster for the 2017 Canadian Championship.

The two sides last faced each other in the 2016 MLS Eastern Conference final, a memorable two-leg playoff series in which Toronto FC advanced to the MLS Cup. The two sides have also met in successive years in the Canadian Championship since 2012, but only in 2014 did they meet head-to-head in the final when Montréal lifted their most recent Voyageurs Cup.

Since the Canadian Championship was inaugurated in 2008, Toronto have won five Canadian titles while Montréal have won three.

In the 31 May semi-final return leg at BMO Field, Toronto FC scored two goals on either side of the break. After an own goal opened the scoring, Tsubasa Endoh, Marky Delgado, and Sebastian Giovinco all scored for the home side.

In the flash of a moment before half time, Toronto FC reversed their 2-1 deficit into a 3-2 series lead. On the first play, Canadian Jordan Hamilton played in Endoh who then crossed to Justin Morrow at the back post. Before Morrow could get a touch on the ball though, the cross knocked off defending Eddie Edward for an Ottawa own goal.

Just a minute later, Endoh struck on a header from inside the box, with Victor Vázquez providing the service from the left side.

In the last 10 minutes, Toronto FC added those two more goals through their substitutes. In the 80th minute, Morrow made a cross from the left that was knocked in by Delgado. In the 86th minute, Vázquez was again the provider as he fed Giovinco through for the last goal of the series.