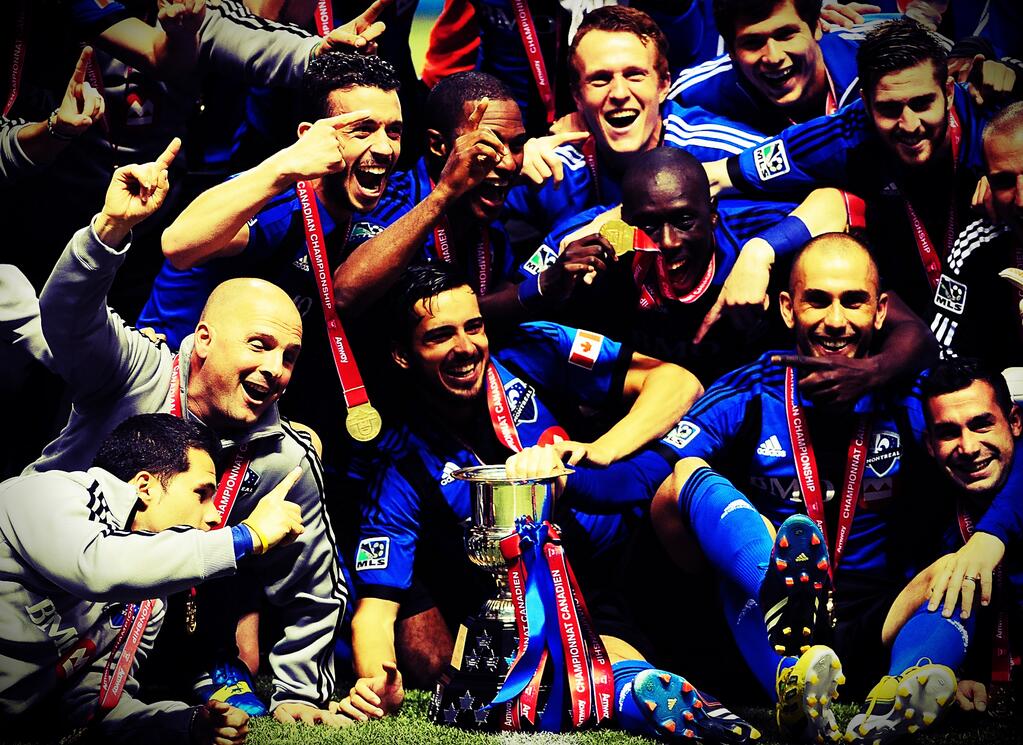 Montreal Impact is back in CONCACAF Champions League after defeating the Vancouver Whitecaps FC in the final of the 2013 Amway Canadian Championship.

After a five-year absence, the Montreal Impact is back in CONCACAF Champions League after defeating the Vancouver Whitecaps FC in the final of the 2013 Amway Canadian Championship. Marco Schällibaum’s men twice came back from behind to secure a 2:2 draw against Martin Rennie’s squad on Wednesday night at BC Place in Vancouver in the return leg of the final, following a 0:0 draw in the first leg in Montreal two weeks ago. Montreal wins the series by virtue of away goals scored.

The second leg started on a fast pace as the Vancouver Whitecaps opened the score in the fourth minute. Camilo Sanvezzo scored on a long free kick, sending the ball 35 yards to hit the inside of the far post and beat goalkeeper Evan Bush.

Bush had had the upper hand over the Brazilian in the first moments of the game when Camilo broke away only to see the keeper come out of his net to intercept.

The Impact believed to have leveled the score a few minutes later when Hassoun Camara redirected a free kick from Justin Mapp into the net with his head, only to see the goal called back for offside.

The Montrealers tied early in the second half when Felipe grabbed a ball cleared by the Vancouver defense and placed a shot in the left corner at the 49th minute to tie the match 1-1. Justin Mapp had previously drawn out the defensive away on the right side after receiving the ball from Felipe off a cross by middle Patrice Bernier.

This goal seemed to shake Martin Rennie’s men who doubled their efforts around the penalty area. The substitute Daigo Kobayashi inherited a loose ball in the six yard box, following a cross from Nigel Reo-Coker, and then pushed it into Bush’s net.

Les Bleus increased the pressure and threatened until the final moments of the match. Justin Mapp fired a corner kick in the 84th minute, headed in the net by Hassoun Camara.

This marks an eighth Voyageurs Cup for the Impact, but only the second since the competition serves as access to the CONCACAF Champions League.

In the second half, coach Schällibaum replaced Romero with Blake Smith (73′), Brovsky with Collen Warner (82′), and Martins with Dennis Iapichino (88′).

In the second half, coach Tom Rennie replaced Koffie with Daigo Kobayashi (57′), Miller with Jordan Harvey (73′), and Sanvezzo with Darren Mattocks (82′).