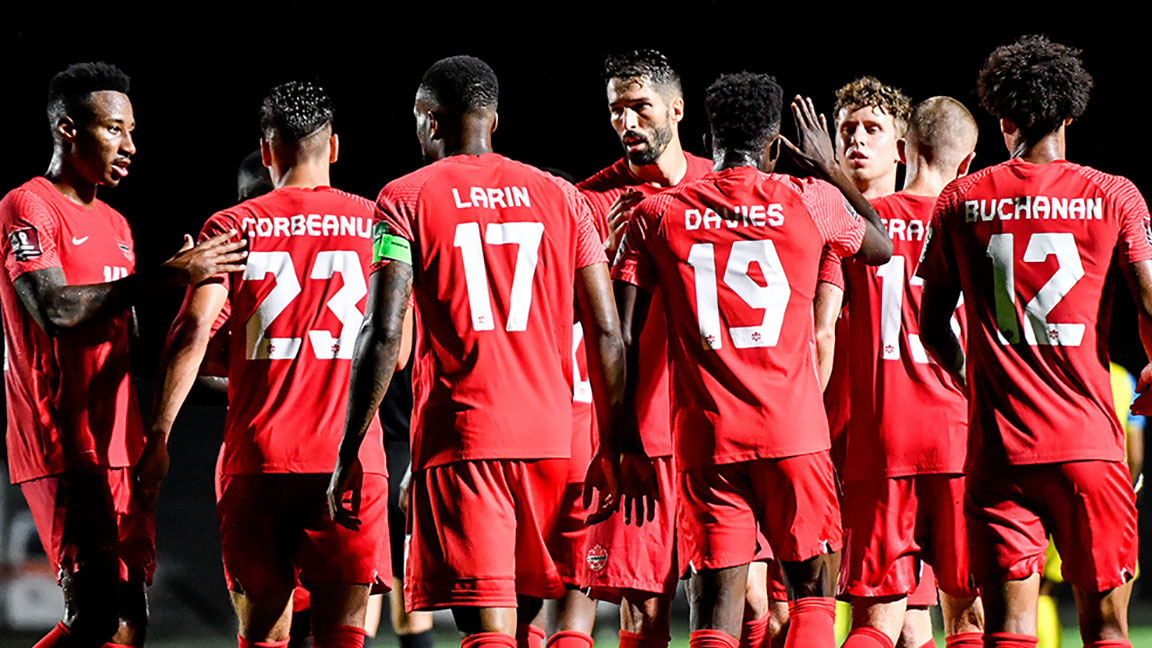 Canada Soccer’s Men’s National Team will face Guatemala in a training match on 22 January ahead of three crucial FIFA World Cup Qualifiers in the upcoming January-February 2022 window. The Saturday match will help Canada prepare for upcoming matches away against Honduras on 27 January, back home in Hamilton, Ontario against USA on 30 January, and again away against El Salvador on 2 February.

The Canada-Guatemala match kicks off at 18.30 local at DRV PNK Stadium in Fort Lauderdale, home to CF Inter Miami in MLS. The match will be broadcast live on OneSoccer at 18.30 ET / 15.30 PT, including OneSoccer.ca, Fubo.tv and Telus channel 980. Fans will find extended coverage across Canada Soccer’s digital channels on Twitter, Instagram, Facebook and YouTube featuring the hashtag #CANMNT.

Canada sits undefeated at the top of the table in the Concacaf Final Round of FIFA World Cup Qualifiers after their back-to-back victories at Commonwealth Stadium in Edmonton, AB with a 2:1 victory over visiting Mexico on 16 November and a 1:0 victory over Costa Rica on 12 November. The win moved Canada into first place with 16 points from eight matches (4-4-0) ahead of USA (15 points), Mexico (14 points) and Panama (14 points).

Canada Soccer will continue to closely monitor all Covid-19 developments in consultation with the Public Health Agency of Canada and relevant governing bodies through the Canada Soccer Sport Medicine Committee to ensure the safety of all players and staff.

CANADA SOCCER’S MEN’S NATIONAL TEAM PROGRAM
Canada has built plenty of momentum in a landmark year for the Men’s National Team Program that featured a record 19 international matches including FIFA World Cup Qualifiers and the Concacaf Gold Cup. Canada posted a record of 13-4-2 with nine clean sheets and a record 55 goals scored. Canada also set a record with eight consecutive wins and reached the Concacaf Gold Cup Semifinals for the first time since 2007.