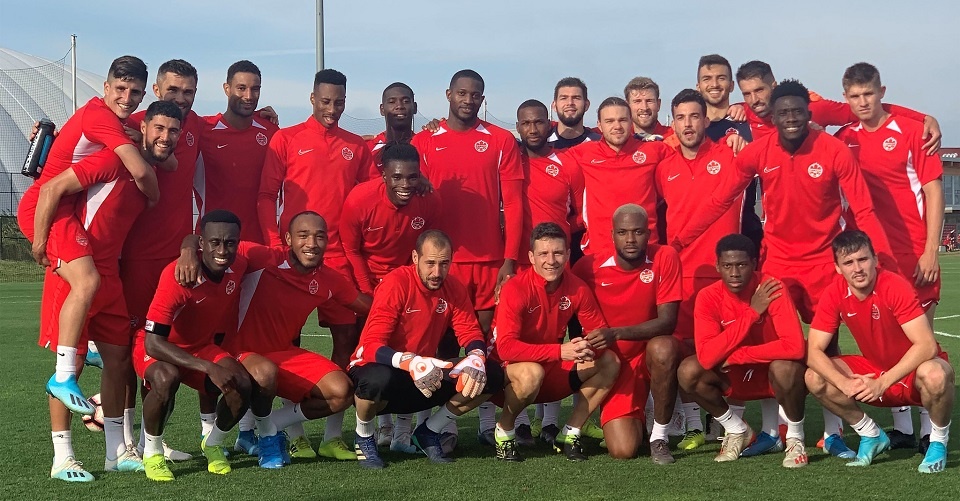 Canada will kick off 2019-20 Concacaf Nations League A in Toronto with a Saturday night opener against rivals Cuba, the first of a home-and-away series during […]

Canada will kick off 2019-20 Concacaf Nations League A in Toronto with a Saturday night opener against rivals Cuba, the first of a home-and-away series during the September international window. The Toronto match will provide Canadian fans the opportunity to welcome home their favourite players, notably a new generation of young players that has Canada scoring at an impressive rate.

The Saturday 7 September international match will kick off at 20.00 local at BMO Field in downtown Toronto, with fans encouraged to cheer on their red and white in a must-win match. Tickets are available via Ticketmaster.ca starting as low as $20. A special ‘Me+3’ ticket offer is available for this match. By purchasing three tickets in Price Category 2, fans will receive the fourth one free. Fans can visit canadasoccer.com/tickets for complete ticket information.

“It’s great to be back in Toronto because for many of these players it’s their hometown and an opportunity to show their best in the red shirt,” said John Herdman, Canada Soccer’s Men’s National Team Head Coach. “This squad of players are hungry for success and want to qualify for the Concacaf Nations League Final Four Tournament in June.  We’ve put down some strong roots over the last 18 months in our cultural and tactical approaches and we will be doing everything in this series of games to take our country to the next level.”

Following the 7 September match at BMO Field, Canada will play away on Tuesday 10 September at Truman Bodden Sports Complex in George Town, Cayman Islands. The match will kick off at 18.15 local (19.15 ET / 16.15 PT). Both the Saturday and Tuesday Concacaf Nations League matches will be broadcast live on OneSoccer.ca. In addition to the national broadcast, extended match day coverage will be featured across Canada Soccer’s digital channels including Twitter, Instagram and Facebook. Fans are encouraged to follow Canada Soccer’s Men’s National Team every step of the way by using #CANMNT.

The two September matches are part of a four-match series that will include a home match against USA on Tuesday 15 October and an away match against USA on Friday 15 November. From the three-nation group, the winner will qualify for Concacaf Nations League final four playoff in June 2020 while both the winner and runner up will automatically qualify for the 2021 Concacaf Gold Cup.

Canada and Cuba most recently faced each other at the 2019 Concacaf Gold Cup in their group finale, with Canada advancing to the Quarter-finals in back-to-back tournaments for the first time in 10 years following the 7:0 win on 23 June. The two nations previously met each other in a home-and-away FIFA World Cup Qualifiers™ series in 2012, with Canada defeating the then-Caribbean champions 1:0 in Cuba and 3:0 in Toronto.

Tickets to the Canada-USA match are available via Ticketmaster.ca starting as low as $25. A special ‘Me+3’ ticket offer is available for this match. By purchasing three tickets in Price Category 2, fans will receive the fourth one free. Fans can visit canadasoccer.com/tickets for complete ticket information.