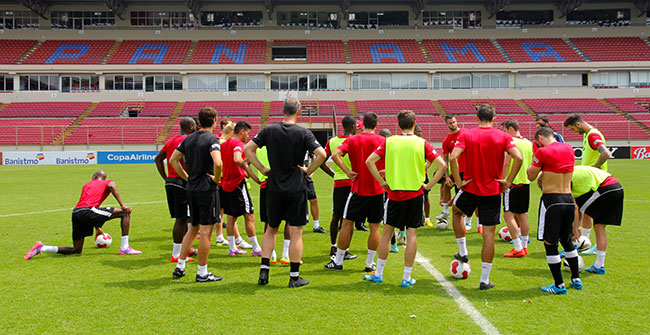 A year that’s seen Canada’s Men’s National Team make some very good progress comes to a close on Tuesday; as they’ll take on Panama at the Estadio Rommel Fernandez in Panama City, PAN.

Canada’s lost just once this year—that against Colombia last month, and even then it was a very encouraging performance. But compared to earlier friendlies, this game will test the team’s ability to adapt to the difficult conditions that come with playing on the road in Central America.

“The guys need to get used to this environment and what it’s like playing in these conditions,” said Tosaint Ricketts after Canada went through a final training session on Monday in humid conditions.

“These are the conditions we’re going to be meeting in qualifiers so it’s best to get used to it now.”

For the third straight month, Canada’s gone through a training camp for about a week that’s culminated in an international friendly.

BROADCAST ALERT : Match will be broadcast LIVE Tuesday 18 november on Sportsnet ONE and Sportsnet World at 20.00 ET / 17.00 PT.

With the potential for a packed schedule in 2015, the team is hoping all the team building and tactical preparation this year will pay off in spades next year with good results in competitive games.

Next year sees Canada back in action at the CONCACAF Gold Cup and a good performance there could see Canada take part in playoffs for a spot in the first ever Copa Americas in 2016. Needless to say, preparation is key—and Tuesday’s game is a good preparation as it’s against another CONCACAF team.

“We’ve had a good week of training and after our last couple of games, things have been gelling really well for the team so we’re looking forward to Tuesday,” said midfielder Atiba Hutchinson, who didn’t play last month for Canada in their 1:0 loss to Colombia.

“We’re going to expect a tough game. It’s always tough coming to Central America and playing against these guys.”