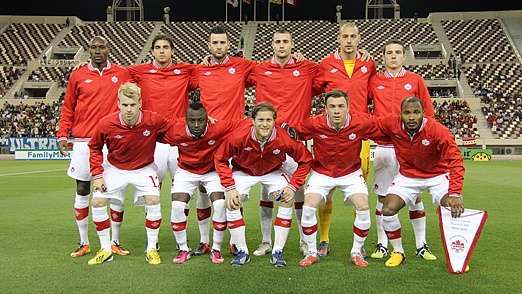 Canada fight back but come up short against Japan

Canada fight back but come up short against Japan

Canada battled back from surrendering an early goal – but ultimately a 74th-minute goal from Japan’s Mike Haavenar proved the difference as his side came away with a 2:1 victory in the Men’s International Friendly at the Khalifa Stadium in Doha, Qatar.

Shinji Okazaki opened the scoring for the Japanese in the 8th minute when he chipped Canadian keeper Milan Borjan with a fine effort from outside the area.

Marcus Haber pulled Canada back to level terms with a headed goal in the 58th minute. The equalizer was his first career goal for the Men’s National Team.

But it was Haavenar who gave Japan a lead they would not relinquish when he slotted an effort off-the-post-and-in from 10 yards in the 74th minute.

“We are frustrated with the way we conceded the two goals,” said Interim Canadian Head Coach Tony Fonseca.

“Working to stop conceding goals from errors is something we have been focusing on – so the team is disappointed in that sense. At the same time – there were some young players that showed they might be part of a future generation for Canada.”

“We managed to cause them some problems as well, particularly in the second half.”

Attackers Haber and Randy Edwini-Bonsu made their first starts for the senior team on the day.

Midfielder Stefan Cebara came on as a substitute to earn his first apperance for Canada.

The Canadians will next take on Belarus in a second Men’s International Friendly of the team’s camp in Qatar on Monday 25 March at the Aspire sports facility in Doha.