Brazil
This content is not available in your location

Two second-half goals reversed a 0:2 halftime score as Canada Soccer’s Women’s National Team secured a 2:2 draw with Brazil in their last match at Tournoi de France. The second-half goals by Diana Matheson (74’) and Janine Beckie (87’) gave Canada their second draw of the tournament.
Heiner-Møller used the Tournoi de France to give minutes to all 22 players in camp in preparation for final roster selection ahead of the Tokyo 2020 Olympic Women’s Football Tournament this summer. Canada will play at home in Vancouver against Australia on Tuesday 14 April as its send-off match for Tokyo.
Canada were on the front foot early pressing high up the field and moving the ball well in possession. However, in the 8’, Brazilian captain Marta slipped through Canada’s backline and scored. Canada immediately reasserted pressure on the Brazilians. After a pair of corner kicks for Canada in the 14’, Janine Beckie sent a third swinging corner kick towards the goal, forcing the Brazilian keeper to make the save with her outstretched hands.
Brazil made it 2:0 when Brazil’s Ludmila (18’) scored on a Bia Zaneratto cross.
Canada continued to push in the first half, Jayde Riviere sent Deanne Rose wide on the wing in the 40’, but her cross was blocked by a Brazilian defender.
After four halftime Canadian substitutions, Allysha Chapman swung an early second-half cross into the box but Nichelle Prince’s touch was just wide of goal. In the 58’, Christine Sinclair created an opportunity for Prince that was just out of reach. On the follow up, Diana Matheson took the ball down to the touch line and sent it back towards Prince who went narrowly wide.
Canada finally broke through in the 74’ as Prince ran down the right wing, evaded a defender and played a great ball to Diana Matheson who coolly finished.
Just after the re-start, Brazil’s Jucinara saw red after pulling down Sophie Schmidt at the top of the Brazilian 18-yard-box. Sinclair stepped up to take the free kick, but, her initial effort hit the wall and the rebound went just over the goal.
A clever ball through to Janine Beckie from Diana Matheson put Beckie into space alone and she equalized with a composed finish in the 87’ to draw the game at 2:2.
Canada’s starting XI featured Stephanie Labbé in goal, Jayde Riviere at right back, Shelina Zadorsky, Rebecca Quinn and Sophie Schmidt at centre back, Gabrielle Carle at left back, and Julia Grosso, Jessie Fleming, Janine Beckie, Deanne Rose and Christine Sinclair from the midfield up through to the attack. In the second half, coach Head Coach Kenneth Heiner-Møller replaced Carle with Allysha Chapman, Grosso with Desiree Scott, Rose with Nichelle Prince and Fleming with Ashley Lawrence (46’), and Riviere with Diana Matheson (53’), and Sinclair with Jordyn Huitema (87’).
With her 19th career goal, Diana Matheson became the second Women’s National Team player to score an international “A” goal in three different decades (2000s, 2010s, 2020s), following in the footsteps of captain Christine Sinclair. A substitute in all three matches in France, Matheson ranks second all-time with 206 appearances for Canada.
READ MORE 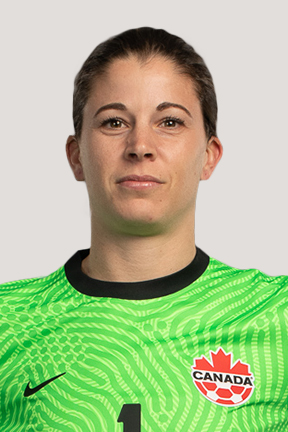 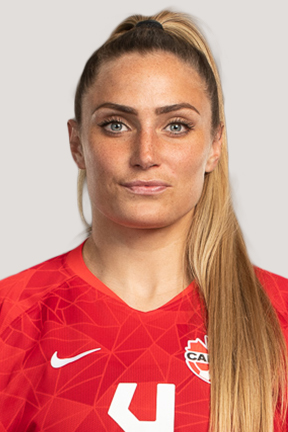 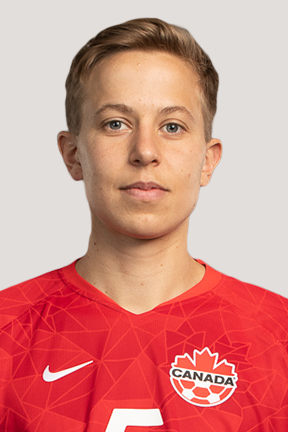 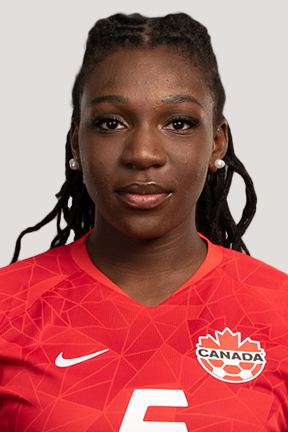 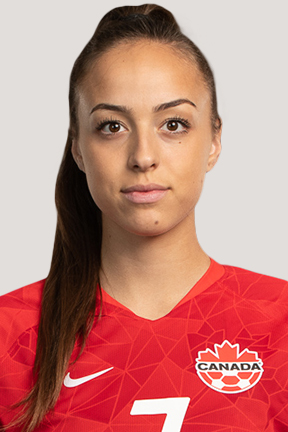 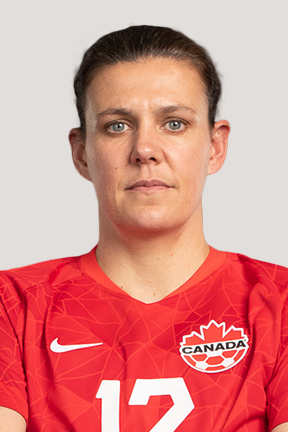 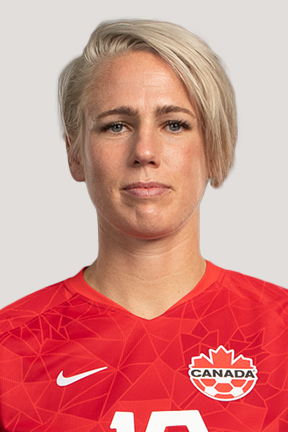 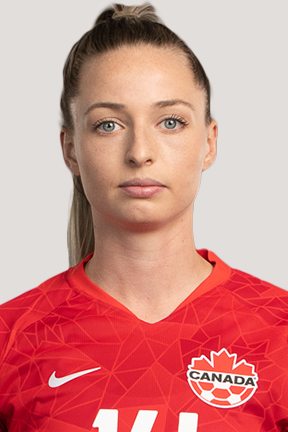 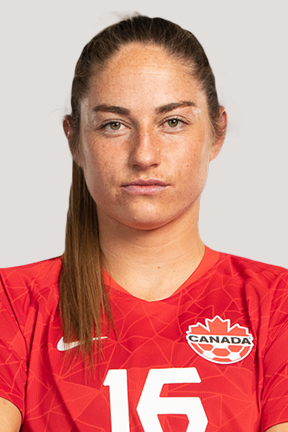 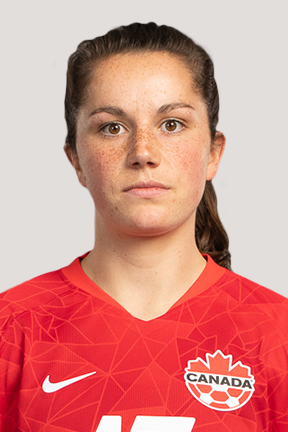 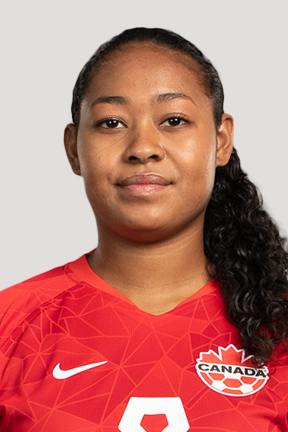 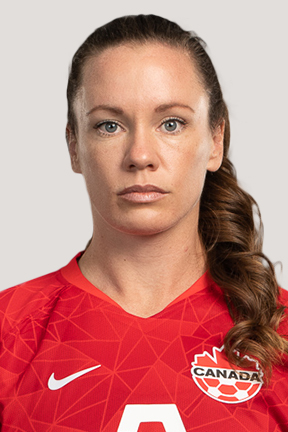 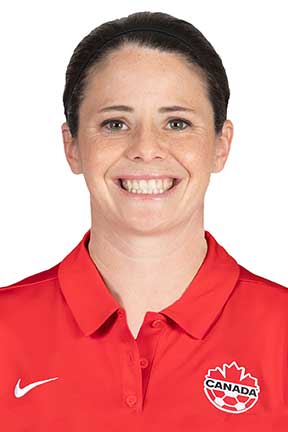 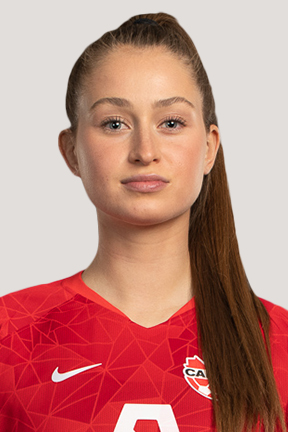 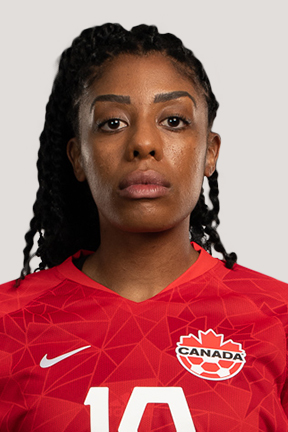 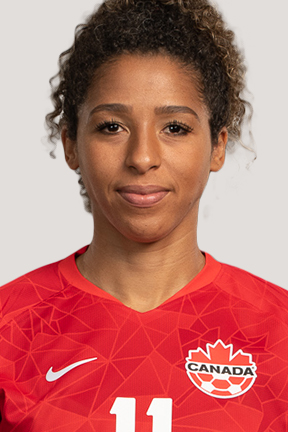 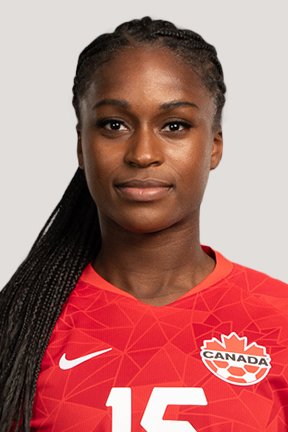